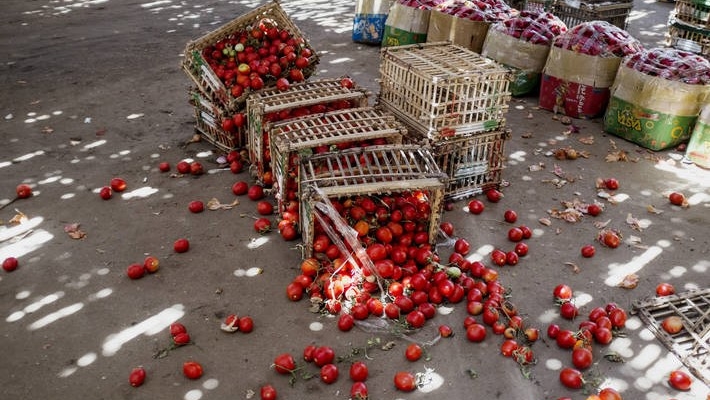 Foods such as fruits, vegetables and seeds are rich in nutrients, but are also highly perishable. (FAO)

ROME — With one in five deaths associated with poor-quality diets, a policy brief launched today urges policymakers to prioritize the reduction of food loss and waste as a way of improving people’s access to nutritious and healthy food.

The brief, Preventing nutrient loss and waste across the food system: Policy actions for high-quality diets, points out that poor-quality diets are now a greater public health threat than malaria, tuberculosis or measles. Meanwhile, approximately one third of all the food produced for human consumption never reaches the consumer’s plate or bowl.

The brief was prepared by the Global Panel on Agriculture and Food Systems for Nutrition in partnership with the Food and Agriculture Organization of the United Nations (FAO).

It notes how foods such as fruits, vegetables, seeds, nuts, dairy products, meats and seafood are rich in nutrients, but are also highly perishable and therefore susceptible to losses throughout the food system. The numbers are staggering: each year more than half of all the fruits and vegetables produced globally are lost or wasted. A vital source of protein, around 25 percent of all the meat produced – equivalent to 75 million cows – is not consumed.

Panel member and FAO Director-General of FAO, José Graziano da Silva, said:  “To tackle all forms of malnutrition and promote healthy diets, we need to put in place food systems that increase the availability, affordability and consumption of fresh, nutrient-rich food for everyone. Taking specific actions to reduce the losses and waste of fresh and nutritious food is a fundamental part of this effort.”

Action across the entire food system

The brief proposes a series of policy actions across the entire food system, including: educating stakeholders; focusing on perishable foods; improving public and private infrastructure; encouraging innovation; and closing the data and knowledge gaps on food losses and waste.

Panel member and President of the Public Health Foundation of India (PHFI), Prof. Srinath K. Reddy,welcomed the brief, saying: “The Global Panel’s policy actions show how reducing food loss and waste could play a key role in improving the poor and inadequate diets that affect 3 billion people globally, and which are often responsible for persistent undernutrition, and also the rise of overweight and obesity and the associated increase in non-communicable diseases”.

FAO data indicates that in low-income countries food is mostly lost during harvesting, storage, processing and transportation, while in high-income countries the problem is one of waste at retail and consumer levels. Together, they have a direct impact on the number of calories and nutrients that are actually available for consumption. The loss and waste of micronutrients is of particular concern given the direct impact on wellbeing, learning capacity and productivity. Globally, agriculture produces 22 percent more vitamin A than we require. However, after loss and waste, the amount available for human consumption is 11 percent lessthan required. Reducing the loss and waste of nutritious foods could therefore yield substantial health benefits.

It would also deliver economic returns, as the value of food lost or wasted annually at the global level is estimated at $ 1 trillion. Eating more of the food already produced would also avoid the waste of the water, land and energy that went into its production.