Home / Iowa / Improvements planned for Clay County Fair
A new user experience is coming! We'll be asking you to login to your Morning Ag Clips account March 1st to access these new features.
We can't wait to share them with you! Read more here. 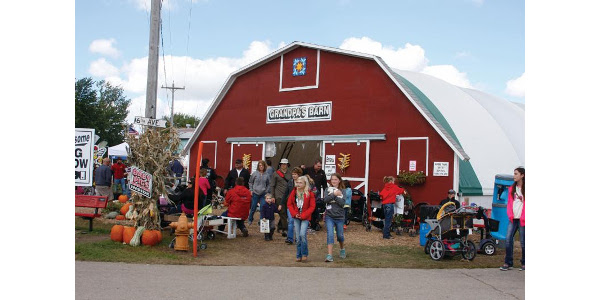 Highlighting the list of projects will be the construction of a new Grandpa's Barn. This 6,000 square-foot facility will almost double the space of the Fair's popular ag education attraction. (Courtesy of Clay County Fair)

SPENCER, Iowa — The Clay County Fair & Events Center will look a little different after $600,000 worth of capital improvement projects are completed prior to the 2018 Fair, September 8-16.

Highlighting the list of projects will be the construction of a new Grandpa’s Barn. This 6,000 square-foot facility will almost double the space of the Fair’s popular ag education attraction.

“We are excited to build a suitable permanent home for one of the Fair’s newest and fastest growing attractions,” said Fair & Events Center CEO Jeremy Parsons. “The new Grandpa’s Barn will be a versatile facility with many options for non-Fair usage.”

2018 will also mark the completion of Centennial Plaza, the new park-like area located on the former location of the Ag Building. The Plaza, which will also feature multiple storm water treatment practices, will incorporate opportunities for people to remember their greatest Fair memories.

A third highlight will be the construction of a permanent Fair Museum in the southwest lobby of the Events Center, which will create a place for people to learn about the history of the Fair year-round.

Other improvements include storm water sewer improvements around the livestock facilities; an exterior overhaul of the Commercial Exhibits Building; remodeling of the restrooms in the Grandstand, Carnival, and Livestock Pavilion; installation of handrails in the Grandstand; addition of water and sewer utilities to a portion of the North Campgrounds; resurfacing of the asphalt on “Food Row” and south of the Grandstand; purchase of new tables, chairs, and projection screens for the Events Center; as well as numerous other upkeep projects.

The projects, which piggyback on $1 million in improvements made in 2016 and 2017, will be funded almost entirely by private donations to the Fair’s recent Centennial Vision capital campaign.

“When we announced our Centennial Vision capital campaign in 2014, our goal was to make the Fair & Events Center a shining jewel for not only the Fair’s Centennial in 2017, but for its next 100 years of use,” said Parsons. “Thanks to hundreds of generous donors, we can continue that effort with these exciting projects.”

These projects, coupled with two planned City of Spencer projects (the expansion of the trail system and the reconstruction of 4th Avenue West), will make the Fair & Events Center and surrounding neighborhood a center of construction in the upcoming months.

“I think people enjoy seeing progress, and the progress will be noticeable when these projects are completed,” said Parsons. “These projects will make the Fair & Events Center a better place for our community.”