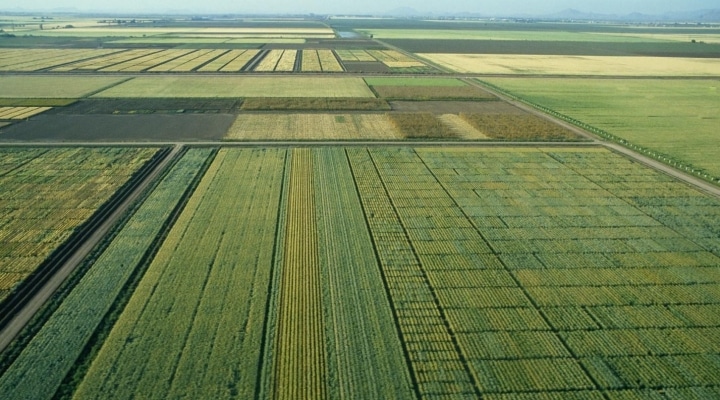 Image of one of the wheat fields of the International Maize and Wheat Improvement Center. (University of Córdoba)

CORDOBA, Spain — Wheat, in its own right, is one of the most important foods in the world. It is a staple food for more than 2.5 billion people, it provides 20% of the protein consumed worldwide and, according to the FAO, supplies more calories than any other grain. Its long-term productivity, however, is threatened by rising temperatures, among other factors. Stress from heat, an increasing trend due to climate change, affects its performance, a fact that needs urgent solutions bearing in mind that, according to some estimates, the world’s population will reach 9 billion by the year 2050.

In search of solutions that guarantee this grain’s sustainability, an international study, in which the University of Cordoba (UCO) participated, analyzed 54 kinds of wheat made by the International Maize and Wheat Improvement Center (abbreviated to CIMMYT in Spanish), an international research organization located in Mexico. This organization has spent over 60 years developing genetically improved genotypes of wheat and maize.

This research aimed to establish which of the 54 kinds of wheat under analysis responded best to high temperatures. Specifically, according to Carlos Guzmán, lead researcher of the study at UCO, the study revealed that 10 of these genotypes tolerate stress caused by heat better. “Most of them are kinds that have been recently produced by the improvement program, demonstrating the effectiveness of genetic improvement when dealing with this issue if the necessary investment is made”, points out the author of the study.

The varieties were grown in the CENEB experimental research station (Sonora, Mexico), cradle of the Green Revolution, where a desert climate prevails. The grain genotypes were planted in February, three months later than normal, in order to have their flowering and grain filling coincide with the hottest months. According to the results, the genotypes that responded best to high temperatures were able to produce 2.4 tons of wheat per hectare, “a farily reasonable amount in this kind of environment and this could help maintain an acceptable rate of productivity under these conditions,” says Carlos Guzmán.

This research was not only focused on the amount of wheat the varieties could produce but also on the quality of grain, a factor that very much depends on the quantity and quality of protein and is a key element when marketing the grain to be used in making products such as bread and pasta.

According to the study’s results, “the grain quality has not decreased due to stress in any of the ten genotypes that resist heat the best”, making these varieties candidates to be used frequently in improvement programs or to be released as varieties in regions and countries where heat stress is common. This is all being done with an aim to generate heat-resistant wheat that can guarantee the sustainability of a staple food that needs to keep on feeding the world.

–University of Córdoba
via EurekAlert!

GFB digs in with England, Tillery during videoconference
August 6, 2020