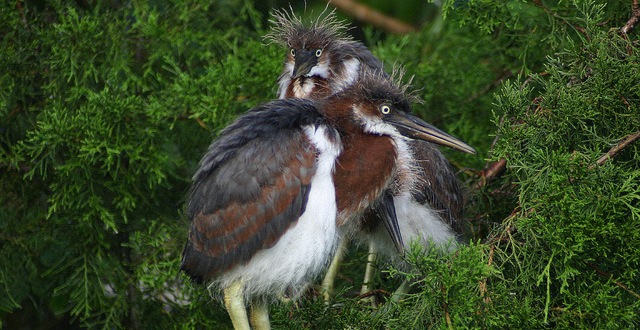 TALLAHASSEE — The Imperiled Species Management Plan rule changes are now in effect, including changes in listing status for many species. The Florida Fish and Wildlife Conservation Commission (FWC) approved the groundbreaking plan in an effort to achieve conservation success with dozens of imperiled species throughout the state. The plan outlines the steps to conserve 57 species along with the broader vision of restoring habitats essential to the long-term survival of multiple fish and wildlife species.

“Florida is charting an ambitious new path for wildlife conservation success on a statewide scale,” said FWC Chairman Brian Yablonski. “Seeing a roseate spoonbill wading in shallow waters, a black skimmer resting on the beach or a Big Cypress fox squirrel sitting in a pine tree is an essential part of the Florida experience. This innovative plan is designed to keep imperiled species like these around for many generations to come.”

Nine rules were revised in support of the ISMP, focusing on changes to listing status, adding authorizations in a management plan or Commission-approved guidelines, preventing possession of species coming off the list, and accomplishing overall rule cleanup and clarification. Among the nine rules, one rule affecting inactive nests of non-listed birds is still pending.

Under the rule change that updates species’ listing status:

Important things to know about the Imperiled Species Management Plan:

Learn more about the plan at MyFWC.com/Imperiled.