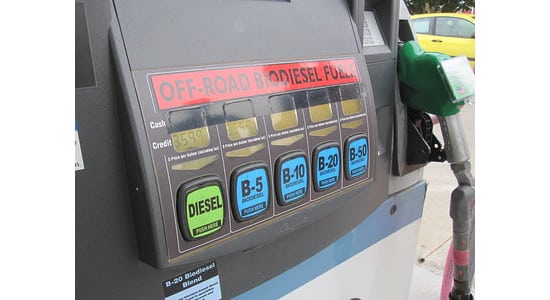 Illinois Farm Bureau strongly opposes the Biden Administration’s Proposed Renewable Volume Obligations (RVOs) for 2020, 2021 and 2022, which would wipe out billions of gallons of ethanol demand and send the wrong message to Illinois farmers and biofuels producers. (Illinois Soybean Association)

BLOOMINGTON, Ill. — This week, a letter was sent to President Biden addressing concerns over the Renewable Fuel Standard (RFS) and the role of biofuels. It was signed by various members of Congress, including four Illinois delegates.

The letter expresses disappointment in the rumors that the Biden Administration is reversing its support of the RFS, having pledged he would stand with American farmers by reversing harmful waivers and setting strong levels for 2021. If these rumors are actualized, demand for over 5 billion gallons of renewable, clean fuels will be lost.

The letter states, “Biofuels production is a major piece of the rural economy in our districts, therefore, we strongly urge you to direct your EPA to reconsider the rule to ensure that your Administration makes good on these promises to ‘fight for family farmers and revitalize rural economies, by ushering in a new era of biofuels.’”

Illinois Soybean Growers (ISG) extends our support to our Illinois delegates on this important issue, and urges the Biden Administration to honor its pledge to stand with American farmers. We are ready to work on behalf of biofuel producers, Illinois farmers, and those who are working to rebuild America’s strong trade economy.

Illinois Farm Bureau strongly opposes the Biden Administration’s Proposed Renewable Volume Obligations (RVOs) for 2020, 2021 and 2022, which would wipe out billions of gallons of ethanol demand and send the wrong message to Illinois farmers and biofuels producers.

The EPA proposal takes the unprecedented step of reopening the finalized 2020 RVOs.

“Just a year ago, candidate Biden criticized the Trump administration for its handling of renewable fuels mandates. Biden said his administration would promote and advance renewable energy, ethanol and other biofuels to help rural America and our nation’s farmers.

Illinois Soybean Growers (ISG) is a membership organization serving more than 43,000 Illinois soybean growers. ISG provides advocacy in Springfield and Washington, D.C., to promote the interests of Illinois soybean farmers and programs that enhance soybean production and demand. Voice for Soy, the online action center supported by ISG, allows growers to easily connect with legislators and regulators to advocate for Illinois agriculture. For more information about ISG, visit the website www.ilsoygrowers.com.