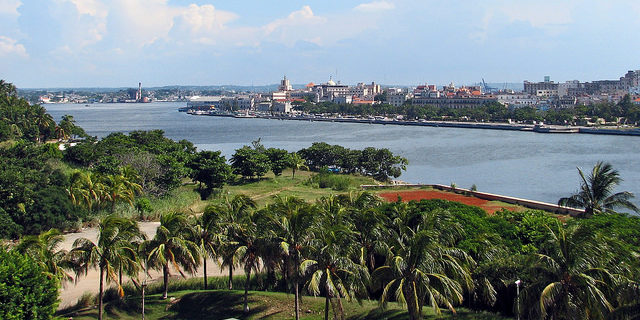 Illinois has a long relationship of partnering with Cuba. For more than 20 years, Illinois business and civic leaders have been working with Cuban officials to support trade between the countries. (Marika Bortolami, Flickr/Creative Commons)

DECATUR, Ill. — On Aug. 28, the Illinois Cuba Working Group welcomed Rodney Gonzalez, the commercial attaché for the Cuban Embassy in Washington, D.C., to the Farm Progress Show. The purpose of his visit was to meet with leaders in agriculture, including farmers, to explore opportunities between Illinois and Cuba.

Illinois has a long relationship of partnering with Cuba. For more than 20 years, Illinois business and civic leaders have been working with Cuban officials to support trade between the countries.

“As farmers and ag producers, we need every market we can get, especially those that are so close. Being able to export our crops and products to Cuba is something we should be able to do,” says Mark Albertson, who serves as director of strategic market development for the Illinois Soybean Growers (ISG), a founding member of the Illinois Cuba Working Group.

One key barrier to selling U.S. products to Cuba is the inability to extend credit to Cuban purchasers. This means that Cubans have to pay cash in advance. However, since other countries offer credit, the United States is less competitive.

The Cuba Agricultural Exports Act (H.R. 1898) may be the solution. It would permit U.S. food exporters to sell food to Cuba on credit.

“The change would not place U.S. taxpayers on the hook for potential credit default, nor does it strengthen the Cuban government. It simply allows private investors and banks to assess country risk and proceed accordingly. It would allow U.S. farmers, ranchers and commercial enterprises to compete and provide U.S. agricultural goods to the island,” says Paul Johnson, who serves as executive director of the Illinois Cuba Working Group.

“Our soybeans and our corn have been sitting in bins. When the grain isn’t being sold, no one is getting paid. Now is the perfect time to move our crops to nearby markets,” says Albertson.

“We believe that both American and Cuban businesses can benefit from trade between our two countries, which are just 90 miles apart,” says Albertson. “With today’s current trade situation, our state’s soybean producers, along with the livestock producers who feed our soybeans to their pigs and chickens, need access to markets. Cuba has so much potential to help our state’s exporters. Cuba imports 80% of its food and struggles to feed its people. The U.S. has food and products that could help the Cuban people.”

Cuba has been a top-five market for U.S. chicken for the past few years. However, in 2018, Cuba imported less chicken from the United States, turning instead to the EU and Brazil.

The Illinois Cuba Working Group (ICWG) was formed at the request of the Illinois General Assembly. The organization grew out of an initiative that began in 1999 when Illinois was the first state to travel to Cuba during the embargo. Through the collaboration of Illinois political, business and community support, Congress passed the Trade Sanctions and Reform Act in 2001. That act permitted the sale of agricultural products, and represented the first major effort to remove the embargo and barriers to normalized trade relations with Cuba. For details, visit illinoiscuba.org.