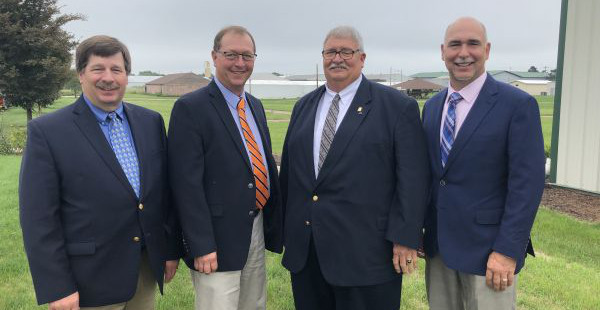 BLOOMINGTON, Ill. — Roger Sy, a farmer from Newman, Ill., was elected by his peers to serve as chairman of the Illinois Corn Marketing Board (ICMB) for the 2019-20 term.

Sy, a Douglas County farmer, has served on ICMB for six years. As chairman, Sy will represent ICMB as a whole and will continue his obligations to corn farmers in District 12, covering Clark, Coles, Crawford, Cumberland, Douglas, Edgar and Jasper counties.