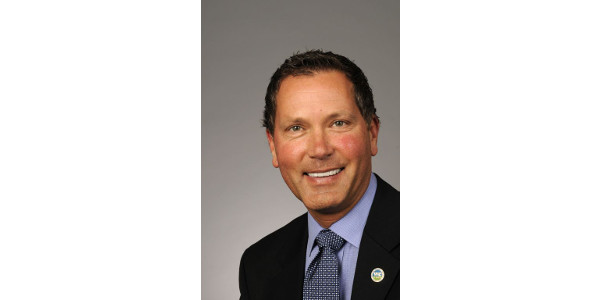 Ken, a fifth-generation pork producer, previously served on the Illinois Pork Producers Association (IPPA) board of directors. He currently serves on the NPPC board as a director.

In addition to being involved with IPPA and NPPC, Maschhoff currently serves on the board for various local organizations, including Christ Our Rock Lutheran High School, Potter Electric, and First Light USA. He previously served on the board of directors for Midland States Bank and Midland States Bancorp Inc.

Maschhoff attended Southern Illinois University at Carbondale (SIU-C), where he received a Bachelor of Science Degree in Animal Industries. As an alumnus, he received the Service to Agriculture award from SIU’s College of Agriculture Sciences in 2005. He is also a graduate of the Illinois Agricultural Leadership Program.

Today, he is the chairman of the Maschhoff Family Foods Board of Directors. Maschhoff Family Foods is the parent company of The Maschhoffs LLC, which focuses on pork production. Under Maschhoff’s direction, the company has grown to become the largest family-owned hog production company in North America, producing more than 5 million market hogs per year through a network of more than 500 independent Production Partners. The company operates in nine states and produces enough pork to feed 16 million consumer households each year. Ken and his wife, Julie, still live on the home farm near Carlyle and have four grown children.

Through public-policy outreach, NPPC fights for reasonable legislation and regulations, develops revenue and market opportunities, and protects the livelihood of America’s 60,000 pork producers.

In addition to working on legislation, regulations and trade initiatives, NPPC has its own political action committee, PorkPAC, dedicated to educating and supporting federal lawmakers and candidates who support pork producers.

NPPC is governed by a 15-member Board of Directors, who are elected from the ranks of producer delegates, each of whom is elected by the members of their respective state. For more information about NPPC, visit www.nppc.org. 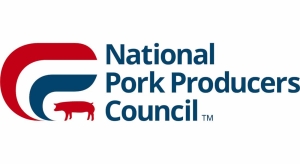 DES MOINES, Iowa — The National Pork Producers Council (NPPC) has announced the culmination of a strategic planning and repositioning effort that will drive momentum in shaping the future for the next generation of pork producers and their businesses. Under the direction of new leadership and guided by a long-range strategic plan and additional financial […] 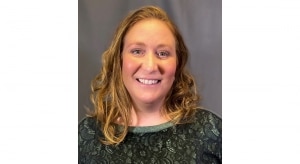 ADM and Agrible working together