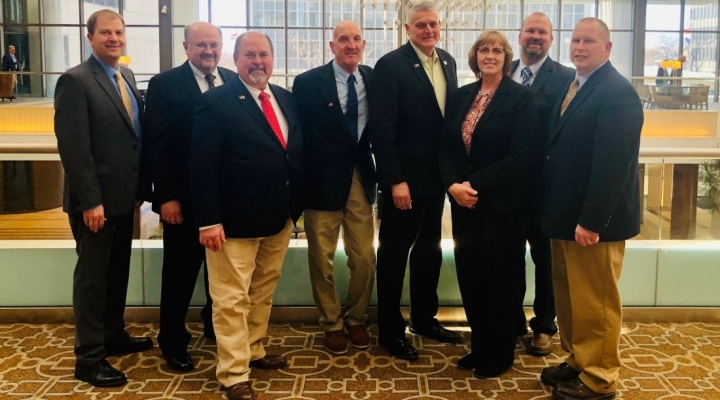 During the meeting, Phil Borgic of Raymond was presented with a plaque to signify his retirement from the NPPC board of directors. Phil has served a total of six years on the national board, after serving 17 years on the IPPA board. While on the IPPA board, he held all officer positions including president in 2008, 2009 and served on multiple committees.

Another Illinois producer, Curt Zehr of Washington, was elected to the NPPC nominating committee, where he previously served as an appointed member for three years. He is the managing owner and operator of Zehr Farms. Curt is also a past IPPA board member and served as president in 2015.

While there, delegates from Illinois and Iowa proposed a resolution to support the reauthorization of the Mandatory Price Reporting (MPR). The motion was proposed to ensure that it provides timely, comprehensive and transparent data on pork and by-product sales. Specifically, NPPC should consult with USDA on the following items:

The amendment was passed by the full delegate body without opposition.

The delegate body adopted other several important resolutions this week, including those that call on NPPC to:

The pace of soybean use