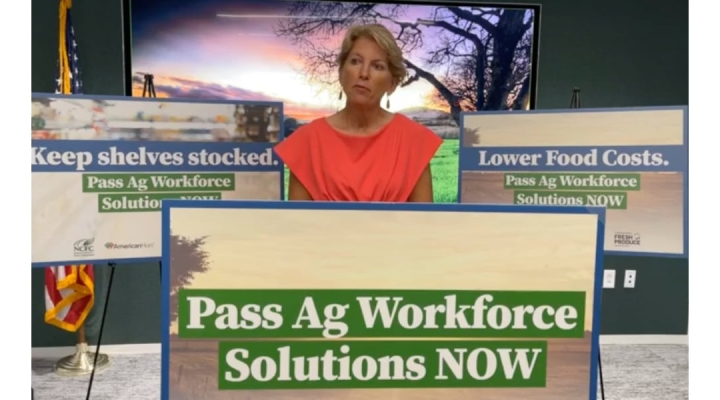 In 2021, the U.S. House of Representatives passed the Farm Workforce Modernization Act with bipartisan support. In the Senate, Senators Mike Crapo (R-ID) and Mike Bennet (D-CO) have taken the lead on negotiating improvements on the House’s solutions and moving the process forward. Passing new Senate legislation is critical to solving labor shortages facing the agriculture sector and sustaining the U.S. economy as a whole.

“IFPA members tell us that, given how difficult the current H2A process is, labor shortages are now the norm rather than the exception. A lack of skilled farm labor causes a ripple effect in the supply chain, resulting in fewer options and higher prices for restaurant operators, supermarkets, schools, and everyday Americans,” said Burns.

“Immigration reform is the single most important action that can be taken to give relief to Americans struggling to fight unprecedented food inflation and provide healthy food choices for their families. The cost of inaction is far too high. No one can afford to wait any longer,” said Burns.

IFPA members from around the country will be in D.C. Sept. 26-28 for the association’s Washington Conference and to meet with congressional leaders to make the case for immigration reform, among other priorities. As part of that event, IFPA will release its first economic impact study, which evaluates fresh produce’s multi-billion-dollar-role role in the United States economy and nationwide employment.

The International Fresh Produce Association (IFPA) is the largest and most diverse international association serving the entire fresh produce and floral supply chain and the only to seamlessly integrate world-facing advocacy and industry-facing support. We exist to bring the industry together to create a vibrant future for all. We grow our member’s prosperity by conducting advocacy; connecting people and ideas; and offering guidance that allows us all to take action with purpose and confidence.  While IFPA is built on the legacy of United Fresh and Produce Marketing Association, it is not just a combination. It is transformational. Recognizing the industry required an even more powerful and unified voice, the leaders of the former United Fresh and Produce Marketing Association chose not to merge, but rather to create an entirely new organization to supersede their organizations, effective January 1, 2022.

OpEd: The heat is on