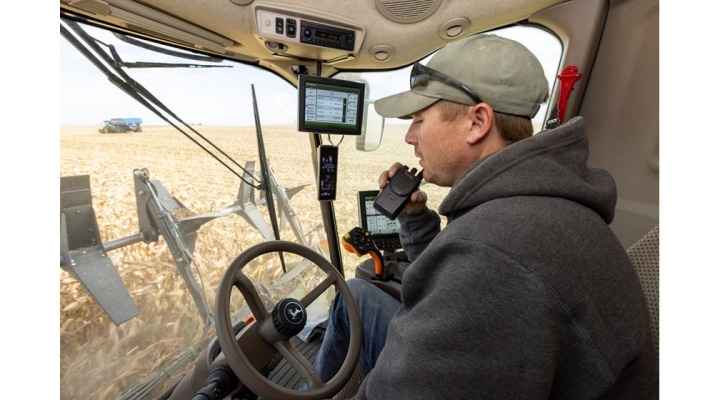 Michael Ganschow harvests corn during a final video shoot of Illinois Farm Bureau’s new documentary “Sustaining Our Future: A Farm Family Story.” The documentary is centered around the Ganschow family in Bureau County as they work to implement conservation practices. (Catrina Rawson, IFB)

“Farmers continuously work to find innovative solutions for preserving our soil and to protect water quality,” said Richard Guebert Jr., IFB president. “We wanted to celebrate our farmers’ dedication to the environment, while sharing with a broader audience the trials and, in some cases, financial risks farmers take to conserve our natural resources.”

He added, “This documentary sends a clear message to various organizations and individuals working together on the Illinois Nutrient Loss Reduction Strategy (NLRS): Continue to remain passionately dedicated to improving agriculture’s impact on the environment.”

Centered around the Ganschow family in Bureau County, the hourlong documentary, titled “Sustaining Our Future: A Farm Family Story,” illustrates how three generations of farmers have approached sustainability. It also highlights the role of scientific research in the process and includes perspectives from Louisiana Farm Bureau on the hypoxic zone in the Gulf of Mexico.

During the filming of the documentary, Jim Ganschow unexpectedly passed away. IFB dedicates the documentary in his memory in respect and honor of the values and demeanor he lived by and the legacy he leaves behind.

IFB debuted the documentary to its members Saturday, Dec. 3, during the opening session of its 108thAnnual Meeting at the Palmer House Hilton in downtown Chicago. Viewers can now watch the documentary at https://bit.ly/3UQ05X9.

“It has been such an honor and privilege to be a part of a documentary that shows that amount collaboration it takes to solve a single issue like nutrient loss,” said Michael Ganschow, who is featured in the documentary along with his father, Jim, and grandfather, Dean Ganschow. “As a 6th generation farmer, I realize the importance of implementing farming practices that will help improve the sustainability of our farm for future generations.

He added, “I think FDR put it best when he said that a nation that destroys its soils destroys itself and we as farmers feel a tremendous responsibility to implement practices that improve our soils and prevent nutrient loss.”

IFB’s video and environmental teams partnered with farmers, county Farm Bureaus, researchers and other key stakeholders to film the documentary over the course of a year. Dozens of interviews and archival footage show the long-term commitment and continuous improvement involved in conservation.

The documentary also shows Illinois farmer’s progress in furthering the goals of the NLRS The strategy is a guide for wastewater treatment, urban and agriculture stakeholders to reduce the loss of nitrate-nitrogen by 15% and total phosphorus by 25% into Illinois waterways by 2025. The eventual target is a 45% reduction in the loss of these nutrients to the Mississippi River and Gulf of Mexico.

“Farmers throughout Illinois go to great lengths to preserve our soil and protect water quality,” said Lauren Lurkins, IFB director of environmental policy. “IFB staff wanted to go to those same great lengths to produce a video that showcases these efforts, the farmer spirit and the collaboration required to achieve the goals of the NLRS.”

She added that the documentary “does a great job of highlighting not just the policy issue at hand, but the work IFB has done to address nutrient loss and the personal stories of our farmer members involved.”

IFB is a member of the American Farm Bureau Federation, a national organization of farmers and ranchers. Founded in 1916, IFB is a non-profit, membership organization directed by farmers who join through their county Farm Bureau. IFB has a total membership of more than 366,043 and a farmer membership of 76,527. IFB represents three out of four Illinois farmers. 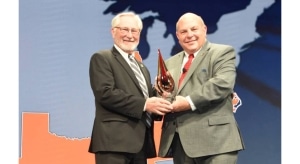 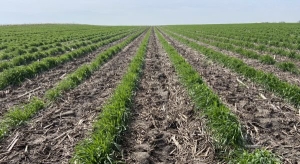 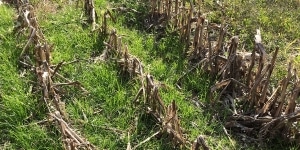 BLOOMINGTON, Ill. — The Illinois Farm Bureau (IFB) and its membership continue to place environmental stewardship as a top priority, following through by committing significant resources and voluntary practices to push forward in their efforts. In 2021, IFB has continued to reach farmer members and other stakeholders across the state through “hybrid” Nutrient Stewardship Field […]