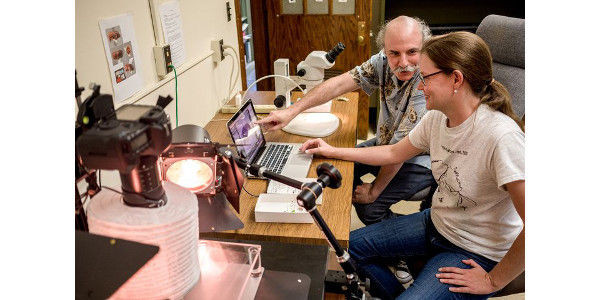 EAST LANSING, Mich. — Many insect species that are both pests and invasive in the United States are originally from Southeast Asia. This is especially true for the Xyleborini, a large tribe of ambrosia beetles with 1,100 species within the subfamily Scoly­tinae and over 30 species established in the United States. This tribe includes some of the most de­structive and invasive ambrosia beetle pests to trees. They bore into almost any tree species, carrying symbiotic fungi which they farm and feed on. Only a single female is needed to establish a population. These characteristics, including their inbreeding, make them perfect colonizers.

Several of these established species and their fungi have had ecologically devastating impacts to urban and forest trees as well as agroforestry, threatening avocado and fruit trees. The ability to identify ambrosia beetles is important to address biosecurity and regula­tion of these species.

In the past, there was no comprehensive resource for identifying these beetles in part because the Southeast Asian fauna is diverse and voucher specimens are distributed throughout worldwide museums. Furthermore, the group’s taxonomy has also been reclassified numerous times making the definitions of species and genera difficult to understand.

To more effectively identify and manage these potentially invasive species, entomologists at Michigan State University along with collaborators have completed a three-year project to aid in Xyleborini identification. Their online tool walks users through identifying 34 genera and 316 species of xyleborines.

“This resource is a game-changer for identifying these beetles. In the past, identifications would take years due to a lack of expertise and taxonomic resources. Exotic species can now be rapidly identified and action taken to control the population,” said Sarah M. Smith, MSU entomologist and lead investigator on the project.

“This key is an exceptional achievement – not only did it require the cooperation among international museums to assemble specimens of all known species – it included over 1,000 hours of collecting specimens in remote Southeast Asian forests to discover new species. Normally it would have taken 10 years to finish this project, but given the diligent efforts of my research team and direction of Dr. Smith, it was accomplished in an extraordinary short time,” said Anthony Cognato, MSU entomology professor and principle investigator of the study.

How do I find pesticide education resources?

MCGA thanks Senate for approval of USMCA
January 16, 2020

Scientists bolt down the defenses against ambrosia beetles
January 13, 2020