Home » Ideas, advice to use pumpkins as more than just a jack-o-lantern 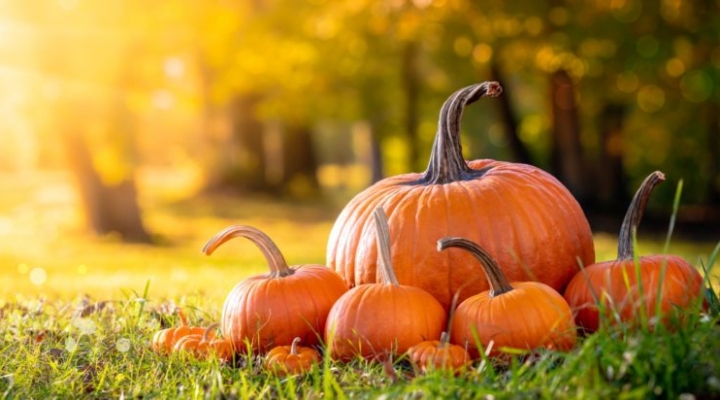 Pumpkins are a seasonal staple each fall. Get more out of your pumpkin with these tips. (Courtesy Photo)

COLLEGE STATION, Texas — Pumpkins are a big part of fall decorations and diet, so here are some ideas to help you best utilize them during the season, according to a Texas A&M AgriLife Extension Service expert.

Odessa Keenan, AgriLife Extension wellness initiatives coordinator for the Healthy Texas Program, Dallas, said pumpkins are a fall staple that can be utilized in décor and seasonal recipes. She offers some tips and suggestions for best using them for your Halloween decorations and fall recipes.

Pumpkins can be used in seasonal recipes or as fall décor option in so many ways, whether a jack-o-lantern, front porch decoration, fall table-scape arrangements, decoration around the fireplace or as props for family photos, Keenan said.

“There are many ways to maximize the usefulness of pumpkins,” she said. “They’re a big part of fall décor, including Halloween. They’re also a big part of many seasonal and holiday recipes. I try to find as many uses for them as I can.”

Keenan said once the seeds and pulp are removed for use in food or drinks, they should be immediately refrigerated or prepared to avoid potential food safety issues.

“Once you carve a pumpkin and leave the pulp out for more than a couple of hours, you can assume it’s not good to eat,” she said.

Pumpkins can be used to make a host of seasonal treats and beverages, Keenan said.

Pumpkin puree is an easy way to utilize the pulp inside, she said. Puree can be used to make sweet treats like pies, parfait and cookies or savory snacks like hummus.

AgriLife Extension has a number of pumpkin recipes available through its Dinner Tonight program.

The puree should be stored in the refrigerator and will likely last around four days before spoiling, she said.

“How long it lasts in storage will depend on how fresh it was from the vine when you purchased it, its condition since and any potential for bacteria to exponentiate,” she said. “Canning the puree correctly can extend its shelf life up to four months.”

Keenan said pumpkin seeds can be a simple and healthy seasonal treat.

“Baking pumpkin seeds is yet another way to utilize the pumpkin,” she said. “You can experiment with different spice blends – savory, spicy and sweet – to find your family’s favorite, just be sure to watch for too much added sodium or added sugars.”

Prepping your pumpkin to cook or carve

Keenan does not recommend any chemical washes to prepare pumpkins for carving and pulp removal. Most pumpkins in retail settings are relatively clean for presentation, but some cleaning may be necessary when applying paint or other flare.

“Just make sure it’s cleaned under cool running water before cutting it,” she said. “It’s got a tough rind, so you could use a vegetable brush to clean the outside before you use it, if it’s excessively dirty.”

If you plan to use the pulp for cooking, make sure your hands, the carving area and tools are properly sanitized, she said.

Carving jack-o-lanterns is a Halloween tradition, but safety should be a priority during carving and when using the seeds and pulp for seasonal treats, Keenan said.

“It’s surprising how many knife injuries there are from carving pumpkins each year because it seems obvious,” she said. “But knife safety and being conscience and cautious about how you carve is important because you can get caught up in the activity, and the next thing you know you’ve got a cut on your finger, hand or worse.”

Keenan said painting could be a better option for small children. Pumpkin carving kits can also provide less dangerous tools for the job.

When carving, always take your time and make controlled cuts, she said. Turn the pumpkin to cut away from your body and off-hand, and always be conscientious of where your off-hand is in relation to the blade.

“When pumpkin carving is a family activity, your mind can wander away from things like safety,” she said. “The pumpkin can be slippery. Sometimes the rind is difficult to cut through in some spots and surprisingly easy in others, and all these factors can lead to an injury.”

Pumpkins last a fairly long time off the vine, she said. Their post-harvest life depends on where you get them, how long they’ve been sitting and how they are displayed. Using them outside in the weather or staging them with other organic matter like hay can speed up decomposition.

“The more items sitting together, being outside in elements, harboring moisture at the base or resting between two items is going to contribute to decomposition,” she said. “A well-drained area will prolong the life of the pumpkin, whether it’s carved or whole.”

Because pumpkins can have an extended post-harvest life, uncarved pumpkins used for Halloween décor could be used for fall cooking recipes going into the holidays, she said.

“If you buy a whole pumpkin and let it sit for weeks and it doesn’t show any signs of decay, you are probably fine to use the pumpkin meat,” she said. “Check for mushy or rotting areas, any sign of decomposition inside the pumpkin or a bad smell. Just check for anything that suggests decay.”

However, when your pumpkin does ultimately decay, then adding pumpkins to compost piles is a good way to use the leftover organic matter, said Joe Masabni, Ph.D., AgriLife Extension, horticulturist, Dallas.

It’s best to either blend them up or let them dry and break the rinds up into as small of pieces as possible, he said.

“The smaller the pieces, the better, so it will break down and compost quicker,” he said. “Composting seeds and all can be fine, but you need to break them up as well, otherwise some may germinate in your compost pile.”

When you are done with your pumpkin this season, seeds can be saved to plant next year by laying them out flat to air dry on paper towels, Masabni said. They should be dried enough within 24 hours and then can be placed in a plastic bag and stored in the refrigerator or a cool, dry place. Mark the bag with the pumpkin variety and date.

“If they’re stored correctly, they can last at least five years,” he said. “Don’t heat dry them in an oven or in the sun because it’s like roasting them and could cause damage.”

Why Reading Rainbow's LeVar Burton wants to read to you