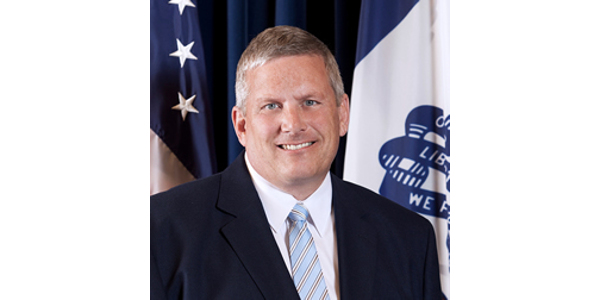 "While the challenging economic conditions on the farm continued in 2017, I was extremely encouraged to continue to see farmers experimenting and investing in water quality efforts on their farm. We continue to see Iowans on the farm and in our communities taking on the challenge of improving water quality. It is encouraging to see growth by farmers in both infield practices, such as cover crops and no-till, but also edge of field practices, like wetlands and bioreactors, as we work to address this important issue," said Bill Northey, Iowa Secretary of Agriculture. (Courtesy of Iowa Department of Agriculture)

DES MOINES — The Iowa Department of Agriculture and Land Stewardship today highlighted some of the top ag issues in Iowa in 2017.

“While the challenging economic conditions on the farm continued in 2017, I was extremely encouraged to continue to see farmers experimenting and investing in water quality efforts on their farm. We continue to see Iowans on the farm and in our communities taking on the challenge of improving water quality. It is encouraging to see growth by farmers in both infield practices, such as cover crops and no-till, but also edge of field practices, like wetlands and bioreactors, as we work to address this important issue,” said Bill Northey, Iowa Secretary of Agriculture.

“In many cases Iowa farmers saw surprisingly good yields this year, but with that strong supply we continue to see low prices. That highlights again how important it is we continue to build demand for our ag products, both domestically and internationally. As strong livestock industry, expanding use of renewable fuels and promoting international trade are all vitally important,” said Mike Naig, Iowa Deputy Secretary of Agriculture.

In general, Iowa farmers had pretty good yields despite some weather challenges. Parts of the state were in abnormally dry or drought conditions for significant parts of the growing season, with south central and southeast Iowa being the hardest hit areas.

Despite the weather challenges, Iowa corn production is forecast at 2.54 billion bushels according to the latest USDA, National Agricultural Statistics Service Crop Production report. This would be second largest Iowa crop on record, only beaten by last year’s record of 2.74 billion bushels. The statewide average yield is expected to be 197 bushels per acre.

Soybean production is forecast at 557 million bushels for Iowa, which would be the second largest crop on record. The statewide yield forecast is 56 bushels per acre.

Low crop prices over the past few years has made it a challenging time on the farm economically as in many cases current prices are below the cost of production for farmers. Average statewide corn prices continued to fall and the statewide average for November was $2.9985, which is down from $3.008 last November. Statewide average soybean prices for November were $9.0412, which is down from $9.25 last year.

There were also 12.1 million turkeys raised in Iowa in 2017. Iowa currently ranks 7th in US turkey production. Tyson Foods in Storm Lake and West Liberty Foods in West Liberty process 15.5 million turkeys annually. Subway and Jimmy John’s both serve Iowa turkey, but you can also find it in your grocery store via Jimmy Dean and private label sliced turkey.

The farm economy remains challenged by the low prices, but land prices have stabilized and increased by 2 percent over the past year according to Iowa State University’s annual land value survey.

In addition, exports remain strong and critically important to the state’s agriculture industry. Iowa leads the nation in exports of pork ($1.98 billion), corn ($1.39 billion) and feed grain ($1.50 billion) and second in soybean exports ($2.51 billion) and is second in the nation for overall value of agricultural exports. To help continue to grow exports, Iowa Secretary of Agriculture Bill Northey participated in trade mission to China and Kosovo and Deputy Secretary Naig participated in a trade mission to Mexico.

The Iowa Department of Agriculture and Land Stewardship is continuing to expand efforts to work with all Iowans to make water quality improvements.

The Department announced an innovative new program aimed at increasing acres of cover crops in the state. Iowa farmers who plant cover crops this fall (2017) may be eligible for a $5 per acre premium reduction on their crop insurance in 2018. The Iowa Department of Agriculture and Land Stewardship (IDALS) worked with the USDA Risk Management Agency (RMA), who oversees the federal crop insurance program, to establish this three year demonstration project.

The Department also had more than 2,600 farmers signed up to try cover crops, no-till/strip-till or nitrification inhibitors on more than 270,000 acres in 98 counties. The state will provide nearly $4.8 million in cost share funds to match the $8.7 million investment by Iowa farmers. This record participation in the program includes more than 1000 first-time participants.

Iowa farmers planted more than 353,000 acres of cover crops with financial assistance from state and federal conservation programs in the fall of 2016 – nearly 18 percent more than the previous year. Based on statewide surveys and aerial imagery completed by conservation groups this spring, it is estimated Iowa farmers planted at least 600,000 cover crop acres last fall.

There are also currently 56 existing demonstration projects located across the state to help implement and demonstrate water quality practices through the initiative. More than 220 organizations are participating in these projects. These partners will provide $32.3 million dollars to go with over $21.7 million in state funding going to these projects.

More information about the initiative can be found at www.CleanWaterIowa.org.

The Department continues efforts to update response plans for potential animal disease emergency. As part of that effort, the Department hosted a tabletop exercise designed to help test response capabilities and review the Department’s updated Foot-and-Mouth Disease Response Plan that was completed this spring. More than 60 federal, state and local agency, academic and industry professionals participated in the exercise.

The Department also announced that Dr. Judith LaBounty has been hired as the new Emergency Management Veterinarian for Iowa. The Department received an additional $100,000 from the Iowa Legislature to support preparations for a foreign animal disease outbreak and a portion of that funding is being used for this position. In this role, Dr. LaBounty will support the Departments efforts to ensure emergency response plans are up to date, organize disease response exercises and work with industry partners. A portion of her time will also be dedicated to working in the field as a district veterinarian.

In 2017 the Department partnered with the non-profit company FieldWatch™, Inc., to improve the online registry tools available to promote communication between producers of pesticide-sensitive (i.e. specialty) crops, beekeepers and pesticide applicators. The new registry offers two online platforms that provide state of the art mapping features. DriftWatch® is a registry site for use by producers of commercial crops sensitive to pesticides and includes the online capacity to map boundaries around production fields. BeeCheck® is a registry site for beekeepers that designates one-mile radius boundaries around apiaries.

Sensitive crop producers with apiaries may enter hive locations using either the DriftWatch® or BeeCheck® registries. Pesticide applicators can also register in a separate FieldWatch registry for detailed crop and beehive site location data in their spray areas. More information for farmers and beekeepers interested in registering sensitive sites can be found at www.iowaagriculture.gov/Horticulture_and_FarmersMarkets/sensitiveCropDirectory.asp.