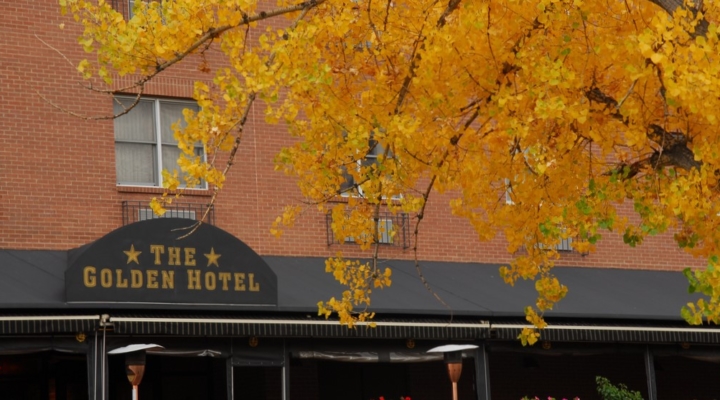 The IAMCA annual conference will be held in Golden, Colo., from Aug. 11 to 14. The conference is at the Golden Hotel, part of the heart of historic downtown Golden and overlooking Clear Creek at 800 Eleventh Street, Golden, CO, 80401. (Stock image via Ted Drake, Flickr/Creative Commons)

WASHINGTON — Peter Hunkar, the Executive Director of the Colorado Milk Marketing Board and new President of the International Association of Milk Control Agencies, has led a varied life before getting involved with the dairy industry five years ago. Starting as a CPA, Hunkar developed a significant financial investigative background, including forensic accounting and auditing that led to working for the FBI from 1990-2014.

“For the board that makes the decision of who to hire [for the CMMB], that financial background includes beneficial skills to have for compliance auditing, and makes FBI agents like myself a good pick,” said Hunkar. “I had a steep learning curve initially, but I’ve had good people on the board that helped me learn the ropes. Over the years I’ve really enjoyed going out in the field and seeing a number of actual farms and production facilities in the state — it’s one of my favorite parts of the job.”

Hunkar is also looking forward to the upcoming IAMCA annual conference in Golden, Colo., from Aug. 11 to 14. The conference is at the Golden Hotel, part of the heart of historic downtown Golden and overlooking Clear Creek at 800 Eleventh Street, Golden, CO, 80401. Located in the foothills of the Rocky Mountains, the Golden Hotel is about 12 miles from Denver, and only 35 miles from Denver International Airport and in the foothills of the Rocky Mountains.

The city of Golden is home to one of a kind cultural facilities, outdoor activities such as floating and fly fishing on Clear Creek, unique boutique shopping, the Miller/Coors Brewing Company, Colorado School of Mines, and Red Rocks Amphitheater is nearby for those looking to cross off a “bucket list” concert experience. For the more adventurous, there is a white water kayak park, excellent rock climbing, hiking, trail running, river rafting, and golf locations close-by.

While speakers for the event are still being confirmed, Hunkar is excited to share what the dairy industry is like in Colorado with others from throughout the world. “It should be an excellent program that brings in good speakers from Canadian and US milk operations,” said Hunkar. “And I think that we have a tremendous dairy industry here in the state of Colorado. We have a lot of major companies that distribute here, and in my job I deal with virtually all of them. I also see a lot of the smaller farmers, and when I look at the current situation with tariffs and trade wars I don’t think that’s positive for anybody. We’ve got a lot in common with Canada as well – there’s been a lot of consolidation in farms and producers. The size of operations continue to grow, and a lot of corporations are getting more involved in the industry.”

Hunkar is looking forward to finishing the planning for this year’s conference, since that was what introduced him to IAMCA in 2014. “Five years ago, my predecessor at CMMB, John Larsen (also a retired FBI agent), introduced me to IAMCA when we both went to one of the conferences. He told me this is an organization you want to be involved with and I took him to heart.”

To learn more about IAMCA and become a member, please click here (PDF).