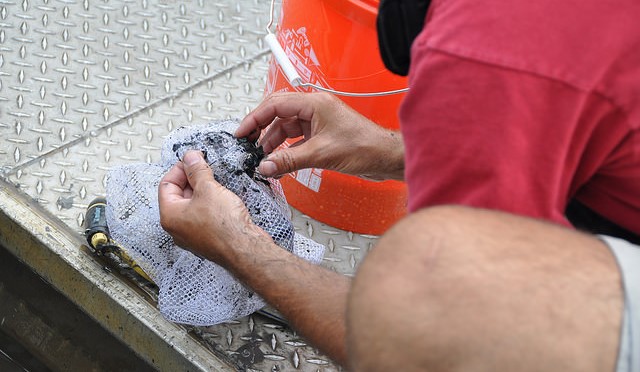 SACRAMENTO — The California Department of Food and Agriculture (CDFA), working in cooperation with the Shasta County Agricultural Commissioner’s office, has eradicated two hydrilla infestations within the cites of Redding and Anderson, ending a quarantine that began on July 18, 1996. Hydrilla, an invasive aquatic weed, was last detected in Shasta County in 2006.

CDFA and Shasta County used integrated pest management methods to eradicate these infestations, with the last treatment in 2011.The affected water systems had been surveyed bi-annually through 2017, with zero hydrilla finds. Additional steps were taken to prevent the plant from reaching the adjacent Sacramento River, where the it could have spread throughout Northern California and ultimately to the Sacramento-San Joaquin Delta.

The Hydrilla Eradication Program has a proven track record in California, eradicating the plant from 15 counties since 1976. CDFA and the Shasta County Agricultural Commissioner acknowledge and thank local area residents for their cooperation in preventing the movement of hydrilla, and for allowing property access to perform critical eradication activities.

“We spend a lot of time and effort responding to invasive pests like fruit flies, and we are often able to eradicate those infestations in a matter of months,” said CDFA Secretary Karen Ross. “But it’s important to recognize that some invasive organisms, such as hydrilla, require remarkable dedication and persistence to eradicate. It’s also important to note that, while farmers and ranchers may benefit from this work because hydrilla can hinder our irrigations systems, it’s really the environment that is the main beneficiary of this achievement. Protecting our waterways means protecting water quality, preserving habitat for wild and native species, and even safeguarding recreational opportunities like boating and swimming.”

Hydrilla (Hydrilla verticillata) is a non-native, aggressive, submerged aquatic invasive species. Once the plant invades an aquatic ecosystem, it drives out all native and introduced aquatic plants, creating a pure stand of hydrilla. The plant breaks apart very easily and small pieces of stem, no more than one inch long, can produce entire new plants. The plant also produces special survival structures on stems, called turions, and in  sediment, called tubers. Each tuber also produces a new plant. The tubers can survive for four to seven years in sediment before sprouting, even if no water is present for much of that time.

Hydrilla has the ability to reduce water flow in canals and ditches up to 85 percent and can clog dams, power plants and other water control structures. Hydrilla has the potential to infect 90 percent of California’s water bodies if not eradicated.

Getting to the root of the wild pig problem
October 20, 2020

Invasive stiltgrass found at a nursery in York Co.
October 18, 2020