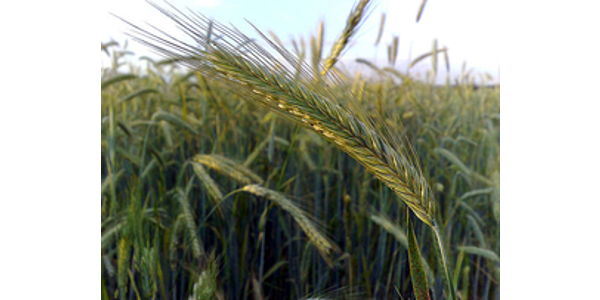 URBANA, Ill. — Rye has not traditionally been used as an ingredient in pig diets in the United States, but researchers from the University of Illinois are now investigating the digestibility of nutrients in the grain.

Older hybrids of rye had low yields, potential for toxic fungal contamination, and limited market demand. The little rye grown in the U.S. is typically consumed by humans in breads and other baked products or used in the beverage industry. But thanks to breeding advancements in Europe over the past 20 years, hybrid rye is producing far greater yields and is less susceptible to fungal contamination. Now those varieties are coming to the U.S. and Canada.

“Because hybrid rye has greater yields than all other small grains including conventional rye in Europe, it is likely that hybrid rye can also out-yield other small grains such as sorghum, wheat, and barley on the drier soils in the United States and Canada. This may make hybrid rye an interesting ingredient in the feeding of pigs and other livestock species, but at this point, there is limited information about the nutritional value of hybrid rye when fed to pigs,” says Molly McGhee, a graduate student working with Hans Stein in the Department of Animal Sciences at U of I.

McGhee and Stein have taken a first step toward understanding the nutritional value of hybrid rye with a study published in the Journal of Animal Science.

In the experiment, seven growing barrows were consecutively fed diets consisting of barley, wheat, corn, and three types of hybrid rye; two grown in Europe and one in Canada. The grain, which was the sole source of amino acids and starch in each diet, was mixed with a small amount of soybean oil, vitamins, and minerals to meet nutritional requirements. A nitrogen-free diet based on cornstarch and sucrose was also included in the experiment as a control.

McGhee collected samples of the ileal digesta – partially digested material in the ileum – from each diet and analyzed the digestibility of amino acids and starch. She also analyzed overall nutrient composition and mycotoxin content of each grain source prior to being fed to the pigs.

The apparent ileal digestibility (AID) of starch was greater in wheat and corn than in barley or hybrid rye, but starch AID values in all diets were greater than 95 percent. Most amino acids were found in higher concentrations in hybrid rye than in corn, but they were less digestible in rye than in the other grains. The three rye hybrids did not differ substantially from each other in terms of nutrient composition or digestibility.

Although the work is in its infancy – Stein and McGhee have several more experiments planned – the use of hybrid rye in pig diets could be attractive to U.S. farmers and the feed industry given the plant’s agronomic characteristics. It is drought tolerant, overwinters well in most locations, produces high yields, and is less expensive to grow than corn.

“This is the first experiment that we have conducted, but we will have a lot more data in the future. We think that when we have finished our research over the next couple of years, we’ll have a good handle on the nutritional value of hybrid rye. Then the feed industry can use it to formulate diets,” Stein says.

The article, “Apparent and standardized ileal digestibility of AA and starch in hybrid rye, barley, wheat, and corn fed to growing pigs,” is published in the Journal of Animal Science [DOI: 10.1093/jas/sky206]. The study was supported by KWS Lochow GmbH of Germany.

Paying it forward ham by ham this holiday season

Does African swine fever pose a risk to consumers?
July 19, 2021

National Pork Board identifies favorite dishes in every state
July 6, 2021