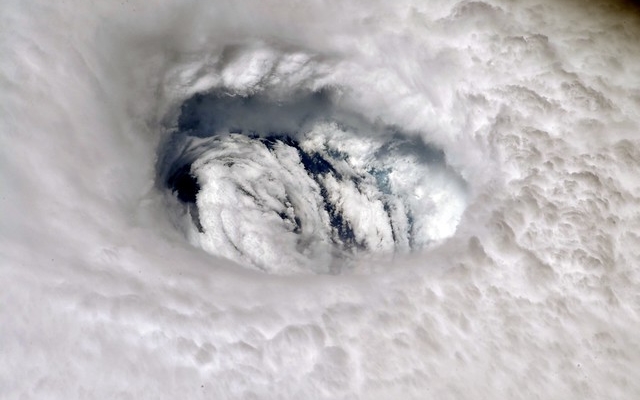 The pork industry in North Carolina has been a victim of misinformation before, during and after recent hurricanes.(photo by NASA's Marshall Space Flight Center, creative commons/flickr.com)

RALEIGH, N.C. — An Associated Press article published in advance of the arrival of Hurricane Dorian begins like this: “The names of hurricanes may change, but one thing seems to stay the same: Misinformation spreads quickly…”

We cannot agree more. The pork industry in North Carolina has been a victim of misinformation before, during and after recent hurricanes.

Some of it is the result of a deliberate campaign by certain activist groups who are running coordinated campaigns meant to attack hog farmers – campaigns that themselves are dishonest. Other times, it is the result of media outlets that are quick to believe the worst about our farms and can’t (or don’t) verify what they are told.

Then, once the storm passes, the activists hop into small planes in search of anything that looks like a hog farm under water. They snap photos and share images with media outlets that are anxious to chronicle the storm’s damage, but not so anxious to check facts.

The result: the media, time and time again, has published photos in the immediate aftermath of a hurricane that wrongly identified flooded properties as hog farms.

By the time we correct these errors, the damage is done.

For an industry that has made tremendous strides in how it prepares for hurricanes, it is disheartening.

So, the next time you see something negative about our farms during a hurricane, don’t be so quick to assume it’s true.

And remember these facts: Our farms in the past three years saw minimal impacts from two of the worst hurricanes to ever hit our state. Despite receiving more than three feet of rain during Hurricane Florence, 98% of our anerobic treatment lagoons were not negatively impacted by the storm.

This is a result of tremendous strides in management and preparation. Additionally, since Hurricane Floyd in 1999, more than 325 treatment lagoons located in flood-prone areas have been permanently closed through a voluntary buyout program. That program continues today.

Facts show that the real environmental threat from hurricanes comes in the form of municipal waste systems. During Hurricane Florence, more than 200 municipal wastewater treatment systems were compromised, spilling at least 121 million gallons of sewage into the state’s waterways.

We request caution and restraint, especially during hurricanes. And we ask that you don’t believe tall tales — like this one, also published by the Washington Post: “I saw Florence sending millions of gallons of animal poop flooding across North Carolina.”

The great writer Jonathan Swift knew well about this sort of thing.

He once said: “Falsehood flies, and truth comes limping after it.”