Home » Hundreds of buffalo under quarantine 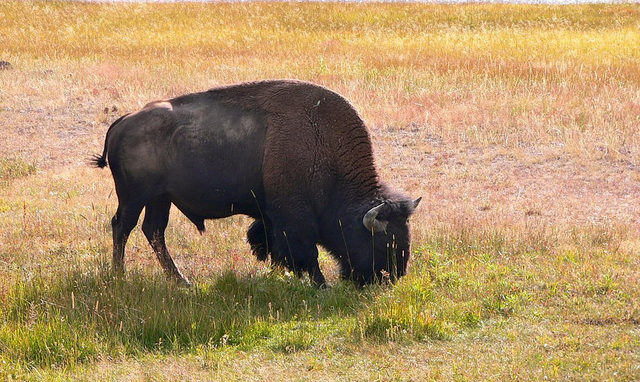 Hundreds of buffalo are under quarantine in North Dakota and South Dakota after a poison was illegally used to kill prairie dogs. (Lee Coursey via Flickr)

BISMARCK, N.D. — Hundreds of buffalo are under quarantine in North Dakota and South Dakota after a poison was illegally used to kill prairie dogs.

An Environmental Protection Agency investigation earlier found 40,000 pounds of Rozol poison had been distributed across 5,400 acres on the former Cannonball Ranch near the Standing Rock Sioux Reservation and the Wilder Ranch, which straddles both states to the south.

David Meyer sold the Cannonball Ranch to Dakota Access Pipeline five months after the Rozol incident. The company bought the ranch to build the pipeline that has attracted thousands of protesters.

The approximately 900 buffalo are under quarantine until September, though 1-year-olds were released from the hold Jan. 1.

Gregg Ryken, an auctioneer who sold 400 bison at a sale in nearby Selfridge on Jan. 7, said he believes none of the animals belonged to Meyer, but that one potential buyer said he held back from bidding because he couldn’t be sure.

The sale was listed by Selfridge residents Ernie and Beverly Fischer, who have previously leased Meyer’s Cannonball Ranch for buffalo grazing and held a sale there a year ago. The Fischers told authorities as recently as November that 14 bison were missing or dead at the Cannonball Ranch.

North Dakota Stockmen’s Association field man Steve Bay is investigating those deaths. He said all of the animals were likely butchered and their remains were found in the Cannonball Ranch pastures adjacent to the protest area.

He said the dead bison belonged to both the Fischers and Meyer. Beverly Fischer said all the bison sold at the recent auction belonged to them or their co-signers, but not to Meyer.

— Bismarck Tribune via The Associated Press