Home » (Human) waste not, want not 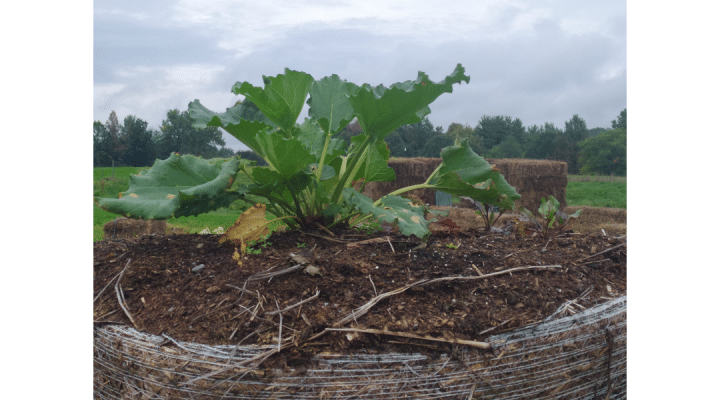 WASHINGTON — The current modern economy creates a lot of waste. Waste that piles up in landfills, in water bodies and in city streets. In countries that can afford wastewater systems, human excreta are usually dealt with in a sanitary fashion. But for poorer countries, the disposal of human waste, especially in cities, can cause health problems.

Another thing about human waste is that it has tremendous potential value that can be tapped if we don’t waste it. Urine has most of the nitrogen and phosphorus — both key ingredients in fertilizer – from our diets. Feces contain organic matter and nutrients. Both these byproducts of human ingestion can be reused, if treated properly.

The failure to recycle post-consumption nutrients is bad for health, the environment, and the economy. The greenhouse gasses released when excreta are landfilled contribute to climate change. It’s truly a waste not to reuse our – waste.

A new vision for the reuse of human waste was presented by Rebecca Nelson, Cornell University, at the 2021 ASA, CSSA and SSSA Annual Meeting. The title of Nelson’s talk, part of the Betty Klepper Lecture Series, was “The Soil Factory Network: Toward the Circular Bionutrient Economy.” The meeting was held in Salt Lake City, Nov. 7-10, 2021.

“I’m a plant pathologist,” says Nelson. “But it has really come home to me that plant health requires soil health. That led me to a focus on a circular economy for organic nutrients, including nutrients from food waste, before and after human consumption.”

“Climate change causes many problems, including floods and droughts. In many parts of the world, soils are depleted of nutrients and organic matter. Poor soil causes plant stress, which lowers yields and makes crops more prone to disease.”

From a one-way nutrient system to a circular economy

Farmers with adequate resources can apply fertilizers to sustain crop yields. But beyond the cost to buy and apply the fertilizer, there are energy costs to producing the fertilizer, transporting it to vendors, and then to the farm. And, once used, it’s a one-way system, which is wasteful.

Resource-limited farmers in many parts of the world have difficulty accessing conventional fertilizers. They also tend to have poorer soils that do not respond well to nutrients because their soils lack organic matter. A study at University of Illinois showed that, in many parts of the world, sources of urine are close to agricultural production. Using the concept of a circular nutrient economy and reusing this urine would help farmers and create a more sustainable food system.

“We have an opportunity,” says Nelson. “We can recognize human excreta not only as a problem, but also as a resource and an opportunity to reduce greenhouse gases. Ecological sanitation [as part of a circular nutrient economy] is a nifty option.”

Urine is rich in nitrogen and phosphorus. The nutrients in the urine from one adult can be used to grow 320 pounds of wheat, according to the Rich Earth Institute. They further note that each person typically flushes 4,000 gallons of drinkable water each year.

“Much of the United States is suffering from extreme drought, so the time is right to look for an alternative [to our wastewater systems],” says Nelson. “Urine diversion makes a lot of sense. Most of the nutrient pollution in wastewater is from urine, although it’s a tiny fraction of the total volume. If we capture it at source, we can recover the nutrients much more easily than if we dilute it with flush water and contaminate it with poop and industrial toxins.”

“In countries with fewer resources,” says Nelson, “container-based sanitation is even more attractive because 2.4 billion people don’t have sanitation at all and the need for fertilizer is even more urgent. This new waste management and recycling industry creates opportunities for jobs and reduces water pollution.”

Human solid waste can be safely processed in various ways. Feces are a source of organic matter that can improve soil texture and its ability to absorb rainwater, mitigating the effects of drought on crop production.

Wastewater treatment plants turn solid wastes into “biosolids,” which are regulated by the Environmental Protection Agency. Solid wastes, either biosolids or source-separated feces, can also be turned into biochar. This also can be added to the soil as a source of carbon.

A few US cities have started using the biosolids from their wastewater systems. Tacoma, Washington, sells their biosolids under the name Tagro. Chicago, Illinois, is using biosolids in their urban remediation projects. The Rich Earth Institute, in Vermont, has a community pee-cycling program and has published a guide entitled “Guide to Starting a Community-scale Urine Diversion Program.”

“There are a variety of companies that make source-separating toilets,” says Nelson. “The Swedish toilet company Separett makes a variety of models, for instance, and there are other suppliers and models for every budget and context.”

“There is a big opportunity to solve a raft of problems, from water pollution to food insecurity to lack of sanitation, through the recycling of nutrients in human excreta,” says Nelson. “We need to rethink the current decoupled systems of food production and waste management. Especially in poorer countries with less access to fertilizer, the safe reuse of urine and feces has been shown to increase agricultural productivity. The big challenge is to develop the full value chains that serve large numbers of people and close the nutrient loop by producing fertilizer, insect for animal feed, and energy.”

Funding for this project was provided by: The McKnight Foundation; Cornell Atkinson Center for Sustainability; Cornell’s Office of Engagement Initiatives; Tata Cornell Institute.