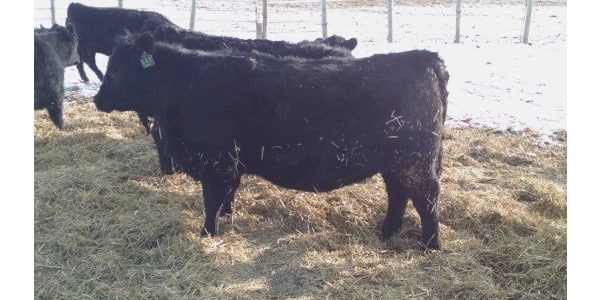 MORRIS, Minn. — Brothers, Jeff and Kirby Hufford, and their families of rural Morris have been named Stevens County’s “2021 Farm Family of the Year” by the University of Minnesota.

Grandpa George and Grandma Mae Hufford moved to the farm north of Morris in the fall of 1948.  They had two children, Dick who is married to Myrna and is Jeff and Kirby’s dad, and Jim.  Dick returned to the farm after the service and after working at a telephone company.  Livestock has always been a part of the farm operation, mostly cattle and hogs, but at times, there have been chickens, turkeys and sheep.

With Dick and Myrna retired, sons Jeff and Kirby run the farm operation of approximately 2,000 acres of owned and rented cropland, pasture and CRP land. The Hufford’s grow corn, soybeans, wheat and some hay.  The farm is home to about 110 beef cows.  The family also feeds about 200 head of cattle at a time and finish about 3,000 hogs per year.

Dick Hufford served on the local school board and was a big supporter of agriculture and FFA programs at the family’s school.  He served in the National Guard and was township treasurer for many years.  Dick and Myrna were very active in the West Central Cattlemen organization.

Jeff was involved in the first Ag classes and FFA at Morris Area School.  He has been involved with the Stevens County Pheasants Forever, Stevens County Pork Producers and the West Central Cattlemen.  He is also Morris township clerk and a director on the Agralite Electric Co-op Board.  Jeff coached youth baseball for many years.

Kirby and Julie are very active with the West Central Cattlemen organization.  Kirby was also one of the early FFA chapter members.  He is involved with the Stevens County Pork Producers and has served as a director for Donnelly Co-op.

The Hufford’s children were all active FFA and 4-H members in their youth.  MaKenna will be showing her 4-H beef cattle projects at the Stevens County Fair in August.  The grandkids will soon be following in their footsteps.

The Huffords will be recognized and honored locally at the annual community appreciation supper during the Stevens County Fair on Aug. 10.

The 2021 farm families will also be officially recognized in a ceremony Thursday, Aug. 5, at the annual Farmfest near Redwood Falls.  Profiles of the 2021 honorees and information on the recognition event can be found on the University’s farm family website, https://z.umn.edu/farm-families-year.

Honored families are chosen, one per county, by local University of Minnesota Extension committees based on their demonstrated commitment to their communities and to enhancing and supporting agriculture.

Farmfest runs Aug. 3-5 at the Gilfillan Estate, near Redwood Falls, Minn.  Event hours are from 8 a.m. to 4 p.m.  Admission is $8 in advance or $10 at the gate and those 17 and under are admitted free.  More information on Farmfest is available at https://www.ideaggroup.com/farmfest.

End of an era at the CME