Home » How will the trucker blockades impact Canada-U.S. agribusiness trade? 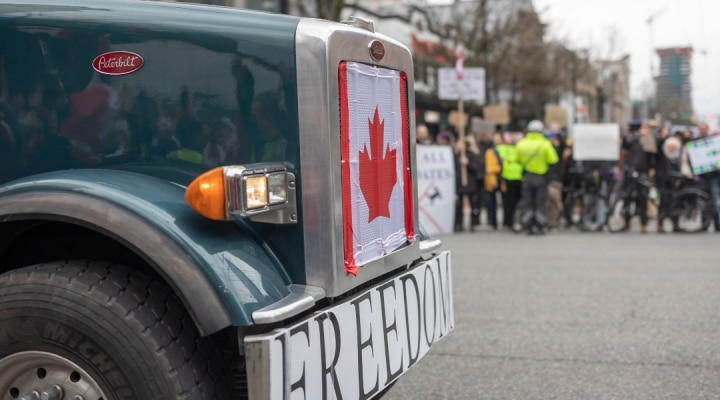 More than two-thirds of the $511 billion in goods shipped between the U.S. and Canada are transported by road. (Stock photo via GoToVan, Flickr/Creative Commons)

LUBBOCK, Texas — The blockade of the Ambassador Bridge at the Windsor-Detroit border as part of the freedom convoy protests could have a significant impact on agribusiness in the U.S.

“It may appear that border blockades are purely a Canadian political issue, but since it constitutes a barrier to two-way trade between the U.S. and Canada, it has implications for both countries,” said Sunghun Lim, assistant professor of agricultural and applied economics in the Davis College of Agricultural Sciences & Natural Resources at Texas Tech University. “The integrated global supply chain across both countries will be disrupted, especially for highly perishable agricultural products. Geographically, border blockades likely have a bigger impact on U.S. farming states with economies that are highly dependent on exporting to Canada, including North Dakota, Michigan, Ohio, Oregon, South Dakota and Montana.”

“Rising inflation in Canada and the U.S., triggered mostly by COVID-19 and climate change disruptions to supply chains, makes border blockades a major concern,” said Lim. “If not addressed speedily, blockades will cause food prices to soar even higher given that the rise in general inflation is already expected to significantly impact food prices.”