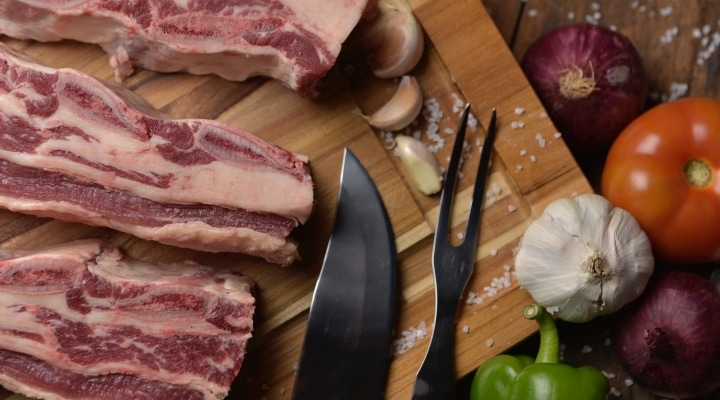 “China’s pork market is showing the early signs of herd rebuilding and hog prices have fallen 30% from their peak a year ago,” said Will Sawyer, lead economist, animal protein, CoBank. “This increases the risk of an oversupply of U.S. pork if exports to other markets, primarily in Asia and Latin America, are unable to absorb this supply.” (Photo by Lucas Vinicius Peixoto on Unsplash)

However, according to a new report from CoBank’s Knowledge Exchange, China is making progress rebuilding its hog herd, jeopardizing the U.S. export picture over the next 3 to 5 years.

“China’s pork market is showing the early signs of herd rebuilding and hog prices have fallen 30% from their peak a year ago,” said Will Sawyer, lead economist, animal protein, CoBank. “This increases the risk of an oversupply of U.S. pork if exports to other markets, primarily in Asia and Latin America, are unable to absorb this supply.”

The loss of exports to China would likely lead to difficult conditions for U.S. hog producers and processors alike. The U.S. pork industry has built multiple new plants over the past four years, increasing packing capacity by 12%, with much of this new capacity eyed for international markets.

Following the discovery of ASF in Germany in September, many key pork importing countries have banned German pork, opening the window for increased shipments from the U.S. and other key pork exporters. This provides the U.S. a short-term opportunity to increase market share in China, as Germany represents approximately 14% of China’s pork imports. Although the ban is unlikely to last forever, and with China’s hog prices showing signs of weakening, the U.S. may still feel the pressure of reduced Chinese pork imports.

While lower trade flows with China to pre-ASF levels would bring a good deal of stress to the U.S. pork sector, there are strategies and changes the pork industry can make now to help dampen that impact. Shifting trade relationships from transactional to strategic, pursuing trade diversification and building the U.S. market are among those strategies.

The greatest opportunity and possible challenge for the U.S. pork sector is the U.S. market itself. With few exceptions over the last 30 years, annual per capita pork consumption in the U.S. has been range bound between 48 and 52 pounds.

Spurring new or increased demand from other markets is another industry imperative. These growth opportunities may come from U.S. pork’s core trade partners, but by also expanding trade opportunities with secondary customers. Markets like Japan, Korea and Mexico are critical in the next few years. The U.S. pork sector also has great export opportunities in numerous smaller markets, especially in the Caribbean, and Central and South America.

U.S. packers have opportunities to strengthen their relationships with importers and customers of their end products. With all major pork-producing countries eyeing the Chinese market, suppliers with strategic relationships in China will fare much better during the down cycle.

“One of the many lessons from the COVID-19 pandemic of 2020 is the necessity of a strong relationship between producer and packer,” added Sawyer. “This is true in both beef and pork, as those producers who had a deep and strategic relationship with their packer fared far better during the plant shutdowns and slowdowns in April and May 2020.”

The relationship between a hog producer and their packer can become strategic in many ways, whether that be by contract, ownership, geography, size, or efficiency. In an environment where demand is falling as exports shrink, producers with the deepest relationships will better weather any changes in plant capacity that may come.

Read the full report, U.S. Pork Export Outlook: How to Save Our Own Bacon as China Rebuilds.

CoBank is a $148 billion cooperative bank serving vital industries across rural America. The bank provides loans, leases, export financing and other financial services to agribusinesses and rural power, water and communications providers in all 50 states. The bank also provides wholesale loans and other financial services to affiliated Farm Credit associations serving more than 70,000 farmers, ranchers and other rural borrowers in 23 states around the country.

Expand your business in China thru e-commerce
July 26, 2021

INFB advocates for ag at the Indiana State Fair
July 25, 2021