Home » How to protect young peaches from plum curculio 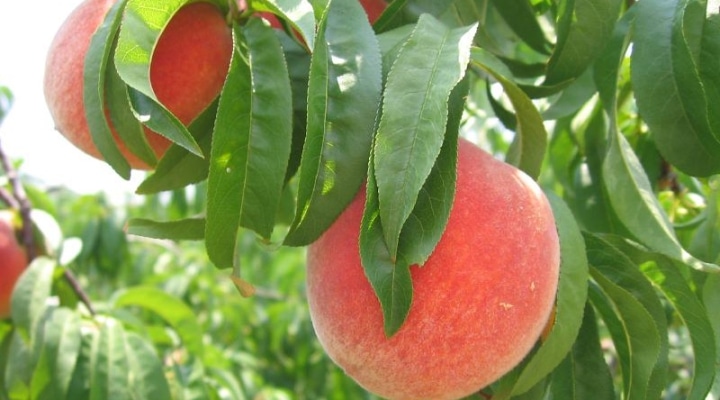 With the onset of warmer, longer days, an array of pink blooms from peach, cherry and plum trees break forth — the first signs of spring. And while most of us enjoy this seasonal shift, fruit tree growers prepare their orchards for the relentless, annual migration of insect pests. (photo by Chris Fannin, creative commons/flickr.com)

ATHENS, Ga. — With the onset of warmer, longer days, an array of pink blooms from peach, cherry and plum trees break forth — the first signs of spring. And while most of us enjoy this seasonal shift, fruit tree growers prepare their orchards for the relentless, annual migration of insect pests.

Of these spring pests, plum curculio is the most destructive insect that attacks early-season fruit.

“If you have fruiting trees, especially peaches, now is the time to ramp up your monitoring efforts for plum curculio to determine if and when management decisions will need to be made,” urged University of Georgia College of Agricultural and Environmental Sciencespeach entomologist Brett Blaauw.

Plum curculio is the most economically important pest in the commercial peach industry in Georgia, Blaauw explained, but can also cause considerable damage in home orchards because the majority of homeowners don’t have access to effective insecticides or simply don’t know good preventative measures for reducing populations each year.

Plum curculio, or Conotrachelus nenuphar (Herbst), is a snout beetle native to North America and is found east of the Rocky Mountains in the U.S. and Canada. Their long snouts puncture young fruit during feeding and egg-laying, leaving characteristic crescent-shaped scars on the skin of peaches. While plum curculios have a wide range of hosts, they prefer pome and stone fruits such as apples, pears, peaches and plums.

In Georgia, overwintering adults emerge and begin their migration into orchards around the time of shuck split — typically March through April. You can learn to recognize shuck split in your orchard by monitoring trees after they have bloomed. Pollinated blooms will begin developing young fruit, which will be covered in a papery shuck — a remnant of the flower.

As the fruit grows, the shuck will split and eventually fall off. Shuck split is a critical time period for making management decisions as plum curculio target these young fruits, and once established, can become exponentially more difficult to control throughout the growing season.

There are two generations of plum curculio each season. Adult females begin laying eggs in the spring, and within five to eight weeks, adults emerge to begin feeding on fruit and foliage before depositing eggs and beginning a second generation.

If unmanaged, both generations can cause differing, yet significant economic losses.

Most peaches infested by plum curculio early in the season drop prematurely, whereas larger peaches, infested after pit hardening begins, generally stay on the tree until ripe. These ripe fruits become infested with larvae and have to be discarded.

First- and second-generation adults continuously feed until cooler weather arrives, when they begin seeking overwintering sites where they will lay in wait for the next season.

Once maximum daily temperatures reach 70 degrees Fahrenheit for two consecutive days from February to early March, growers can begin keeping track of and accumulating growing degree days using a base temperature of 50 F.

Adults continue to migrate into the orchard from 50 to 500 DD, much of March and April in central Georgia, so this is the period when fruit should be protected by insecticide sprays. Summer adults emerge from the soil after 1,000 DD, which is usually sometime in late May through harvest of late-ripening cultivars.

Blaauw suggests making these early season applications of insecticides to protect the young, developing fruits from adults laying first-generation eggs. Typically, sprays are applied between petal fall and shuck split. Two or three additional sprays at 10- to 14-day intervals are needed to assure control of the overwintered population.

For commercial production, rotate highly effective materials like phosmet, thiamethoxam, clothianidin or indoxacarb with pyrethroids, such as esfenvalerate.

For homeowners, products such as kaolin clay can be applied to trees to create a physical barrier against attack. Other tools for small-scale production are the use of fruit bags that protect growing fruit throughout the season and eliminate the need for weekly pesticide applications.

At the end of the season, proactive measures for minimizing damage in subsequent years will begin immediately following harvest. Blaauw recommends closely mowing ground cover to reduce habitat for adults that are seeking out overwintering sites. And always be sure to clear out wild plum thickets and other alternative hosts nearby to reduce migration from outside sources.