Home » How to keep cows happy 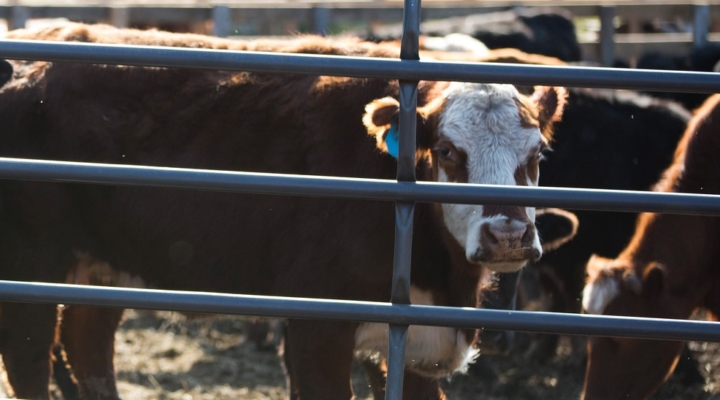 The study investigated how minor changes in a corral structure and better handling methods affect the behavior and stress levels of cattle, and was carried out on two extensive commercial cattle farms in Brazil. (Stock image via Lwp Kommunikáció, Flickr/Creative Commons)

SERTAOZINHO, Brazil — Corrals are used on livestock farms around the world to round up the animals when they need to be weighed or vaccinated. New research now shows that removing splashes of colors, shadows or water puddles from corrals, keeping noise levels down and not using dogs and electric prods can dramatically reduce the stress cattle experience. Maria Lúcia Pereira Lima of the Instituto de Zootecnia Sertãozinho in Brazil is the lead author of this study in Springer’s journal Tropical Animal Health and Production.

According to Lima, best practices are not standard in the construction of the traditional corrals used on Brazilian farms. Facilities are often inadequate, and farm workers know little about how to properly handle cattle.

The study investigated how minor changes in a corral structure and better handling methods affect the behavior and stress levels of cattle, and was carried out on two extensive commercial cattle farms in Brazil using a type of humpbacked Zebu breed called Nellore. This type of cow is known to be more temperamental than other cattle breeds, and quite aggressive when raised in extensive farming systems. The corrals on the farms included wooden restraining devices and head stanchions and were surrounded by 1.8 meter high wood board fencing. Cows were restrained in a squeeze chute by head holders that exert light pressure on the neck of the animals.

Lima’s team studied the behavior of the animals before and after specific interventions were put in place. Blood samples were drawn to measure the levels of the stress hormone cortisol and therefore indicate how stressed the animals were during handling.

Interventions incorporated into the corral included the installation of a solid panel to block the cows’ view of the handler when he was working within the path of the animals’ flight zone. Bright objects or ones with definite color contrasts were removed, while water puddles were filled with dirt. Shadowy or dark areas with a high contrast between light and dark were also cut out. Handlers received one-off training on how to work calmly and quietly with the animals. They were instructed not to shout, push or hit the cows, or to use dogs or electric prods. The handlers had to walk slowly to move the cows, and were advised to only use flags to encourage the flow of animals.

The blood samples taken show that the cortisol levels of cows handled in the usual way was on average 60.4 ng/mL. It dropped to 41.03 ng/mL thanks to the improved methods. The percentage of calm cows during restraint in the chute increased from 42 percent for the usual methods to 68 percent for the improved corral-handling method.

“Minor changes made in the corral and the adoption of good handling practices reduced agitation during restraint in the squeeze chute, the time spent for blood collection, and cortisol release,” says Lima.