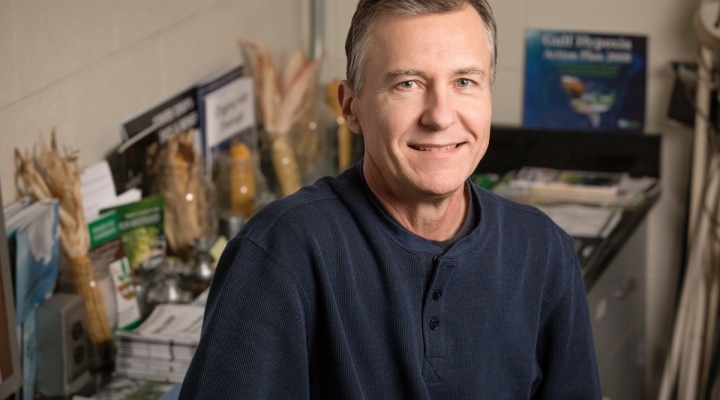 URBANA, Ill. — Agricultural runoff from Midwestern farms is a major contributor to a vast “dead zone” in the Gulf of Mexico. Nitrogen, phosphorous and other farm nutrients drain into the Mississippi River, which empties into the Gulf, spurring algae to overpopulate and suffocating other aquatic life.

How big is the Gulf of Mexico dead zone today and how much does Illinois agriculture contribute to the problem?

Last summer, researchers at Louisiana State University measured the dead zone in the Gulf at 6,334 square miles, which was larger than its historical average. The largest ever measured was 8,776 square miles in 2017. In Illinois, nonpoint sources (of which, agriculture is, by far, the greatest) contribute 80% of the nitrogen and about half of the phosphorus to our rivers and streams. Illinois and Iowa are the greatest contributors of nutrients to the Gulf and both states have developed nutrient loss-reduction strategies, with the goal of reducing nitrogen and phosphorus losses by 45% by 2035.

We’ve known about this problem for years. Why is Illinois still struggling to reduce nutrient runoff from farms?

The answer is complicated. Many people think that nutrient losses from farm fields are simply a matter of excessive fertilizer application and that farmers just need to use less. In one of our tile-drainage studies, we used only 75% of the full nitrogen fertilizer rate on corn. This reduced grain yield by 10% but had little effect on tile nitrate losses over the course of the study.

There is no doubt, however, that the timing and method of nutrient application can have a great effect on nutrient losses in the tile-drained regions of the state. For example, our studies show that much more nitrate is lost to the tiles when nitrogen fertilizer is applied in the fall rather than in the spring, just ahead of corn planting.

Soybean production also aggravates nitrate losses to tile-drainage systems. We believe this nitrate forms as a result of microbial decomposition of crop residues and soil organic matter when the soil microbial community runs out of easily accessible carbon. The nitrate that forms during the nongrowing season is susceptible to leaching losses. This is a leak in the system that is not being addressed.

There are many state programs to encourage farmers to address the problem. Do some programs work better than others?

It’s way too early to see an effect of conservation efforts on the Mississippi River Basin as a whole. Closer to home, we have been sampling the Embarras River at Camargo, Illinois, for 30 years and see little evidence of water quality improvement during this time. However, we are still in the baseline phase of this long-term monitoring project because there are few conservation practices on the ground here in central Illinois that could bring about the dramatic change sought.

What are bioreactors and how well do they work?

Bioreactors are trenches filled with woodchips that receive tile-drainage water and use the biologically mediated process of denitrification to remove nitrate, similar to constructed wetlands but with a much smaller design footprint. We are currently evaluating the performance of six bioreactors on a farm in Piatt County. So far, their performance has been disappointing, with less than 20% of the tile nitrate removed. But now we are investigating whether soil caps on top of the woodchips will improve performance and increase the lifespan of the bioreactors. Extremely wet years are going to be a real challenge for end-of-pipe strategies, so bioreactors remain a work-in-progress.

Our studies of constructed wetlands found that they remove 50% of the tile nitrate. They also provide a host of other wildlife and ecosystem service benefits. However, their placement is constrained by topography. Wetlands cannot be built in just any location. They must be situated in areas that allow them to retain enough tile water for treatment without causing flooding back into the fields. Also, their installation may require land being taken out of production, which greatly decreases their attractiveness to farmers. Wildflower buffers are great for pollinators and can help with soil erosion but have limited impact on reducing nutrient losses in tile-drained fields.

How can farmers improve soil carbon and how does that reduce nutrient runoff?

Since World War II, we have somewhat decoupled the nitrogen and carbon cycles by switching from manure to inorganic nitrogen fertilizers. Adding nitrogen to the soil without adding enough carbon makes the system leaky – especially in wet years. Tilling less and planting overwintering grass cover crops like cereal rye are the best ways to address soil-carbon losses and attempt to reverse the trend of declining carbon stocks in the soil. Cereal rye also is an excellent nitrogen “catch crop,” as we routinely find reductions in tile nitrate of more than 40% when cereal rye is grown ahead of soybean.

Which approaches are most economical?

Few long-term studies have been carried out to address this question. We need more data to create models that can better evaluate the costs and benefits of various conservation practices. Strategically, I believe that in-field solutions such as planting winter cover crops are the best path forward, as they can directly affect carbon cycling, nutrient availability and overall soil health.

End-of-pipe technologies like bioreactors and saturated riparian buffers do little for soil health but may be more attractive to farmers, as they do not require them to change their practices in the field and therefore carry little risk to production. While winter cover crops add annual costs and risks that could reduce crop yield and profit margins, they capture nitrate outside the regular growing season, keeping it out of the tiles and retaining it in the field. Some of this nitrogen is available to the next row crop.

In a proof-of-concept study, my colleagues and I compared the economics and tile-nitrate losses between a corn-soybean-wheat rotation (with double-cropped soybean following wheat, and cereal rye after corn) and a conventionally grown corn-soybean rotation. That study showed that the grower made the same profit and reduced tile-nitrate losses more than 30% over a six-year period with the more diverse rotation. This past year, corn in the diverse rotation yielded 25 bushels more per acre than conventionally grown corn. This indicates that a more diverse rotation can increase nitrate cycling and benefit crop yield while reducing losses of nitrate to agricultural drainage tiles. 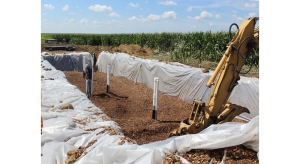 WIU alumnus is Organic Farmer of the Year