Home » How did this tomato virus become a global crop pandemic? 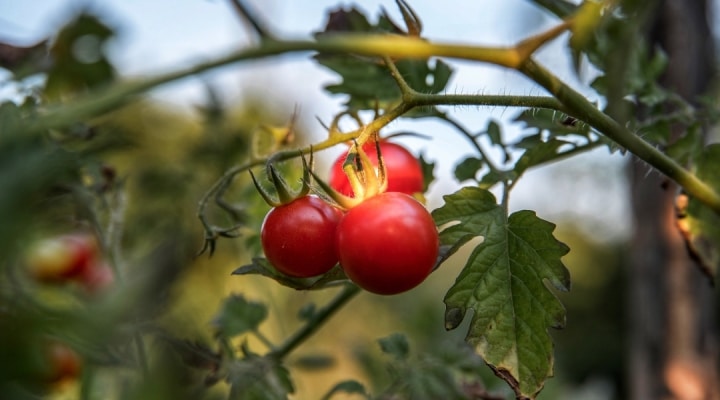 WASHINGTON — In the last years, a new viral tomato disease has emerged, threatening tomato production worldwide. This is caused by the Tomato brown rugose fruit virus (ToBRFV), a member of a devastating group of plant viruses called tobamoviruses. ToBRFV overcomes all known tobamovirus resistance in tomato, including the one conferred by Tm-22, a resistance gene responsible for the stable resistance to these viruses for more than 60 years. In a study recently published in the Molecular Plant-Microbe Interactions (MPMI), journal, Dr. Ziv Spiegelman and Dr. Hagit Hak explored the molecular mechanism by which this emerging virus was able to successfully break this resistance and become a devastating global crop pandemic.

“Tm-22 encodes a plant immune receptor protein, which recognizes a viral-encoded protein named movement protein, triggering an immune response against a wide range of tobamoviruses. ToBRFV is the first virus that was able to overcome the durable Tm-22 resistance gene,” said Spiegelman. “We found that the ToBRFV movement protein harbored sequence changes that allow it to evade Tm-22. We confirmed this by introducing this new sequence to another virus (the tomato mosaic virus) that normally cannot infect plants harboring Tm-22, which resulted in a virulent virus.”

Furthermore, they came up with an interesting observation from an evolutionary point of view. “Viral movement proteins allow the virus to spread from cell to cell and infect the entire plant. We found that the elements that enabled the movement protein to avoid Tm-22 recognition likely resulted in reduced viral movement. This suggests that the virus pays a penalty for evading host resistance, which is a reduced cell-to-cell transport. This finding may explain the high durability of Tm-22 resistance, which had remained unbroken for over half a century,” stated Spiegelman.

Getting a solid soil response to biosolids application