Home / Wisconsin / How did insects fare in the polar vortex? 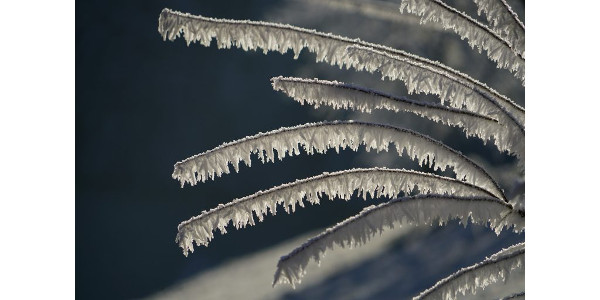 Insect pests like the Emerald Ash Borer and Japanese beetle could be impacted by the cold. (Courtesy of UW-Extension)

MADISON — Lorre Kolb: The impact of the polar vortex on insects. We’re visiting today with P.J. Liesch, Extension entomologist, University of Wisconsin-Madison, Division of Extension and the College of Agricultural and Life Sciences, and I’m Lorre Kolb. PJ, with the extreme freezing temperatures we’ve experienced what does this mean for our insect population?

PJ Liesch: It’s really going to be a mixed bag in terms of what it means for insects. When you think about Wisconsin’s insects we have somewhere in the ballpark of 25,000 different species. A lot of those are native to our area and pretty well adapted to the cold. They may have various strategies, including kind of natural anti-freeze compounds in their body and so the cold doesn’t faze them as much. Also if you think about insects that overwinter in a sheltered location, maybe down amongst the leaf litter under the snow, they’re pretty well protected. So a lot of insects I don’t think are going to be fazed a whole lot by it. There are some that probably will be impacted. Insects in exposed locations or insects that are maybe newer to our state.

Lorre Kolb: And what are some of those insects that might not overwinter?

PJ Liesch: Things like praying mantis aren’t native or the common ones that we see like Chinese mantis, they’re more common in southern states. And they lay their eggs in a batch in a very exposed locations on gardening stakes and twigs and things like that. If you think back to the artic blast we had about five years ago, the winter of 2013 and 2014, the following summer, very few reports of those. So I think the winter took those out. Another example I can think of is a critter called a carpenter bee and it wouldn’t surprise me if those also took a hit because of the cold temperatures.

Lorre Kolb: And what about the Emerald Ash Borer?

PJ Liesch: Lots of folks have been wondering about that. And if you look at the research, when you get down to -20 and -30, those temperatures, at least in lab studies, can cause very high mortality. Under the right conditions it may 75 percent mortality, sometimes up to even 90ish percent mortality. In the grand scheme of things though, I think the artic blast is going to slow them down, but they’re going to bounce back. And the reason for that is the females have very high reproductive capacity. So the survivors will be able to lay an awful lot of eggs and they’re going to bounce back over time. So it’s not a knock out blow.

Lorre Kolb: What about pollinators? Is there going to be any impact on those?

PJ Liesch: For those, probably not because a lot of those are going to be native species; they’re used to our cold temperatures and adapted to it.

Lorre Kolb: And what about the Japanese beetle?

PJ Liesch: So Japanese beetle is a pest lots of folks have to deal with in their yards and garden and we don’t know for sure yet. Back in the winter of 2013-14, we had some arctic blast. That following summer, Japanese beetle populations were down pretty much across the state. We could be in for that again this coming summer – 2019, the big caveat is the snow cover we had, did we have enough snow that it insulated the ground where the overwintering grubs are.

Lorre Kolb: We’ve been visiting today with P.J. Liesch, Extension entomologist, University of Wisconsin-Madison, Division of Extension and the College of Agricultural and Life Sciences, and I’m Lorre Kolb.