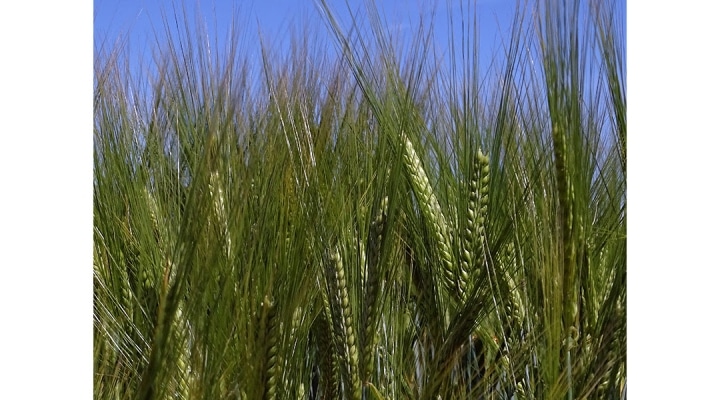 Butta 12 was used as a malting barley in Caledonian Night Scottish Export Style Ale, which won UC Davis’ 2020 Iron Brew competition. Shown is the score sheet from the competition. The ale “tastes lighter than it looks” according to Trent Yackzan of Sudwerk brewery. “It has a robust flavor with a light and fast finish.” (Credit: Provided by Lynn Gallagher)

Blogger Lynn Gallagher explains, “Barley was a popular crop in the Central Valley of California until more recently when modern irrigation allowed a switch from barley to more profitable wheat. However, when there was a major increase in small breweries and talk of a new malt house nearby, we decided to create a new malting barley variety.”

Creating the new variety, called Butta 12, was a 20-year process. Gallagher and her team obtained malting barley germplasm in the late 1990s from breeding programs. A program in Oregon had varieties with good malting quality, and one in Mexico had strains with better disease resistance. Hybridizing strains from these two sources formed the basis for their own breeding program.

After many years of strain evaluation, malt quality was evaluated at three scales. Single, six-foot rows were analyzed to sort through hundreds of strains. Plot samples, and eventual farmer field samples of the winning strains were then analyzed. Read the entire blog: https://sustainable-secure-food-blog.com/2021/04/07/how-a-new-malting-barley-variety-for-california-came-to-be/

Novel approach to udder infection is target of new project