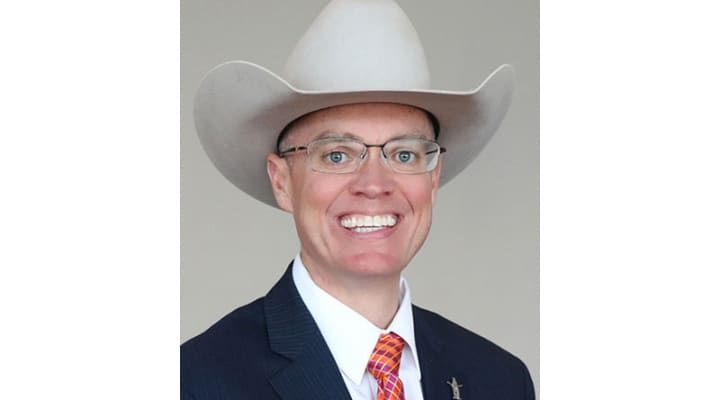 On May 12, 2020, the Houston Livestock Show and Rodeo (HLSR) announced that CEO and President, Joel Cowley, will leave the rodeo at the end of May. Replacing Cowley as CEO is Dr. Chris Boleman (pictured), former assistant director for Texas 4-H and Youth Development. (Courtesy Photo)

COLLEGE STATION, Texas — On May 12, 2020, the Houston Livestock Show and Rodeo (HLSR) announced that CEO and President, Joel Cowley, will leave the rodeo at the end of May.

According to HLSR, Cowley’s last day will be May 22. He is moving on to pursue an opportunity in the agriculture industry.

“I am incredibly thankful to the Houston Livestock Show and Rodeo Executive Committee for the opportunity to serve this organization for the past 15 years, seven as president and CEO,” said Cowley.

Replacing Cowley as CEO is Dr. Chris Boleman, former assistant director for Texas 4-H and Youth Development. He will be promoted from his current role as Chief Mission Officer.

“I appreciate the confidence that the Rodeo Executive Committee has in me to lead such an impactful organization that is aligned with my personal passions,” said Boleman. “I am very grateful to Joel Cowley, who not only has been a tremendous leader of our organization but is also a trusted friend and mentor. I look forward to the challenge of following his legacy.”

Boleman is no stranger to the Department of Animal Science; during his time in undergrad he was a member of the 1995 livestock judging team, as well as the high individual overall at the Houston Livestock Show and Rodeo Collegiate Livestock Judging Contest that year.

While working on his gradate degree in animal science, he coached the livestock judging team and led them to become national champions in 1999.

Before joining HLSR, Boleman was a professor and extension specialist at Texas A&M AgriLife Extension, his alma mater, and was a state leader for the Texas 4-H organization.

In 2014, Boleman was awarded the Superior Service Award for Leadership from the Texas A&M AgriLife Extension Service, the highest honor presented by the agency according to AgriLife Today.

DCRC webinar looks at minimizing use of timed AI