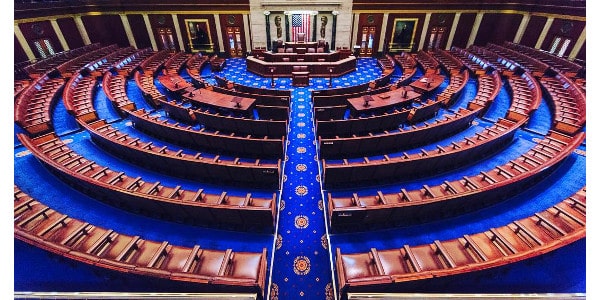 As the global pandemic exposes the dangers inherent in our highly concentrated food system, the legislation would strengthen the Packers & Stockyards Act to protect family farmers from anti-competitive practices and corporate consolidation, promoting a fair market for all producers.

WASHINGTON, D.C. — Thursday, Rep. Ro Khanna (CA-17) announced the introduction of the House companion to the Farm System Reform Act, previously introduced by Sen. Cory Booker (D-NJ) in the Senate. As the global pandemic exposes the dangers inherent in our highly concentrated food system, the legislation would strengthen the Packers & Stockyards Act to protect family farmers from anti-competitive practices and corporate consolidation, promoting a fair market for all producers.

Today, the top four beef packing companies in the U.S. control nearly 85% of the market. The top four pork packers control 71% of the market. Just four companies control 90% of the entire global grain trade. Many of these companies are vertically integrated and, through contracts with farmers, control the way the livestock are fed, medicated and sheltered. These “integrators” retain ownership of the animals, but the contract growers are forced to absorb the risks and the costs, often incurring large amounts of debt. All too often, farmers cannot make a living because the cost of operations is made too high, while the price for their products is made too low.

By allowing a livestock market dependent on just four big companies, our food supply is now vulnerable to shocks like the pandemic. Just last week, after more than a dozen meatpacking plants closed due to COVID-19 outbreaks, President Trump invoked the Defense Production Act (DPA) to keep plants open, despite the risks this move places on workers, who often work shoulder to shoulder in inhumane facilities. However, independent family farmers, while still facing a loss from the pandemic, have been able to adapt to the changing market conditions without major supply chain disruptions.

“Giant meatpackers cannot be permitted to continue to profit off of the labor of family farmers, consolidating the food industry to the point that our supply chain is threatened,” said Rep. Ro Khanna. “Congress must step in to ensure an honest market, or risk losing another historic industry to the hands of big corporations. If we had a food system with fair competition, independent and diversified producers would provide a dependable and sustainable food supply. Folks deserve to know where their animal products are really coming from, and farmers deserve a fair shot in their own business. Proud to work with Senator Booker to level the playing field in American agriculture and keep getting food out to every American.”

“Our food system was not broken by the pandemic and it was not broken by independent family farmers,” said Sen. Cory Booker. “It was broken by large, multinational corporations like Tyson, Smithfield, and JBS that, because of their buying power and size, have undue influence over the marketplace and over public policy. That undue influence was on full display with President Trump’s recent executive order prioritizing meatpacker profits over the health and safety of workers. We need to fix this broken system. That means protecting family farmers and food system workers and holding corporate integrators responsible for the harm they are causing. Large factory farms are harmful to rural communities, public health, and the environment and we must immediately begin to transition to a more sustainable and humane system.”

“For years, regulators looked the other way while giant multinational corporations crushed competition in the agriculture sector and seized control over key markets,” said Sen. Elizabeth Warren. “The COVID-19 crisis will make it easier for Big Ag to get even bigger, gobble up smaller farms, and lead to fewer choices for consumers. We need to attack this consolidation head-on and give workers, farmers, and consumers bargaining power in our farm and food system. I’m glad to partner with Senator Booker and Representative Khanna to start reversing the hyper-concentration in our farm economy.”

Furthermore, in the past seventy years domestic animal agricultural operations have undergone a dramatic shift. While once a diversified, pasture-based model, federal policy has encouraged a transition into one in which food-producing animals are confined, concentrated, and fed within enclosed buildings or feedlots. The scale, density, and practices associated with Large Concentrated Animal Feeding Operations (CAFOs) present a range of public health and environmental problems, including large volumes of untreated animal waste that threaten local water supplies, the release of air pollution that harms neighboring communities, and the generation and spread of antibiotic resistant bacteria.

“Family farms and ranches are an economic backbone of rural communities in New Mexico and across the country, but for decades, big agriculture is putting small farmers out of business and pulling the lifeblood out of rural communities,” said Rep. Deb Haaland. “That’s why Senator Cory Booker and I worked on a Farmer’s Bill of Rights resolution and now, with the support of Rep. Khanna, we have a bill that will level the playing field for family farmers and ranchers by protecting them from unfair market competition practices and corporate greed.”

“As consumers face shocking food shortages, meatpacking plants are forced to shut down because of runaway infection rates among workers, and farmers destroy tens of thousands of acres of crops as supply chains break down, COVID-19 is revealing just how vulnerable corporate consolidation has made our agriculture sector to disruption and volatility,” said Rep. Jamie Raskin. “I am proud to cosponsor the Farm System Reform Act because now is the time to build a more equitable, sustainable and dependable food system, bolster family famers and rural communities, and break the stranglehold of Big Ag over our food chain.”

“Our food and farm policy is past due for major reform. It’s time we put family farms before large corporations,” said Rep. Earl Blumenauer. “Currently, the wrong people grow the wrong food in the wrong places, and COVID-19 has highlighted the need to end industrial meat production and change our food system for the better.”

“Failed oversight of consolidated agriculture has made our food system a house of cards that is now tumbling in the face of this pandemic,” said Wenonah Hauter, Executive Director of Food & Water Action. “The Farm System Reform Act is the bold, sweeping overhaul our food system needs in order to reverse years of damage. We applaud Rep. Khanna for taking action to protect farmers, families, and the environment by introducing a path to end factory farming once and for all.”

“Multinational corporations have concentrated our food system to its breaking point,” said Jake Davis, Missouri Farmer, and Family Farm Action National Policy Director. “Mega meatpackers have extracted profits from farmers, workers, and consumers for too long. This pandemic has shined a bright light on those abuses. We have a responsibility now more than ever to create a food system that is fair to farmers, protects workers, and safeguards food for consumers. Representative Khanna and Senator Booker are showing incredible leadership introducing the Farms System Reform Act to begin that process. We urge Congress to act swiftly and pass it now.”

Congress has the power and ability to create policy to revitalize independent family farm agriculture and rural communities. The Farm System Restoration Act of 2019 will:

The full text of the bill is available here.