Subscribe
Home / National / Hot weather not to blame for Salmonella 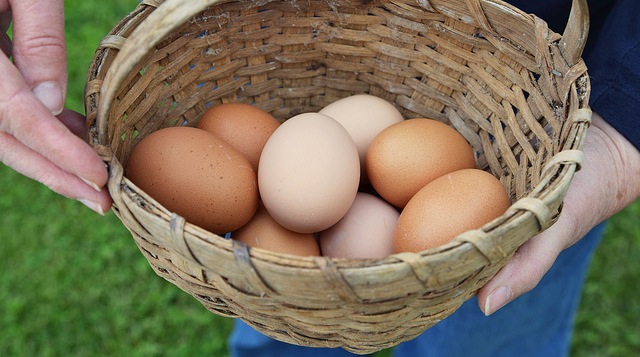 Researchers conducted a study of four Australian commercial free range egg farms, with the results now published online ahead of print in the journal Applied and Environmental Microbiology. (United Soybean Board, Flickr/Creative Commons)

ADELAIDE, Australia — New research conducted by the University of Adelaide shows there is no greater risk ofSalmonella contamination in the production of free range eggs in Australia due to hot summer weather, compared with other seasons.

Despite a higher number of cases ofSalmonella poisoning from eggs and egg products during the hot summer months, researchers at the University’s School of Animal and Veterinary Sciences say the egg production process itself is not to blame for the increase in cases.

The findings are further evidence that the hygiene around egg handling in the supply chain and in household and restaurant kitchens is critical to reducing food poisoning from eggs.

Researchers conducted a study of four Australian commercial free range egg farms, with the results now published online ahead of print in the journal Applied and Environmental Microbiology.

“Eggs and egg products have been associated with an increased risk of Salmonellacontamination. Because the use of free range eggs by consumers is on the rise, we felt it was important to better understand the risk factors at the production stage,” says lead authorAssociate Professor Kapil Chousalkar, from the School of Animal and Veterinary Sciences at the University’s Roseworthy campus.

“Our results show that the types and levels of Salmonella found in and around free range egg farms, and on the eggs themselves, is highly variable, often dependant on the specific husbandry and management practices employed by each farm.

“However, we found that there was no direct association between hot weather and increased prevalence of Salmonella at the production stage, even when data was collected in the hottest month of February,” Associate Professor Chousalkar says.

“This helps to reinforce a simple health safety message: that it’s important for people to wash their hands before and after handling eggs, whether at home, in a restaurant, or while working in the supply chain.”

As well as renewing calls for people to practice good hand hygiene when using eggs, Associate Professor Chousalkar says there is a need for nationwide standards and uniform practices on the surveillance of egg contamination and safety.

“Currently, each of the states has their own food safety and surveillance programs. Because of its implications for public health, we believe the incidence of Salmonella contamination needs to be monitored in a standard way across all farms,” he says.

–University of Adelaide
via EurekAlert!