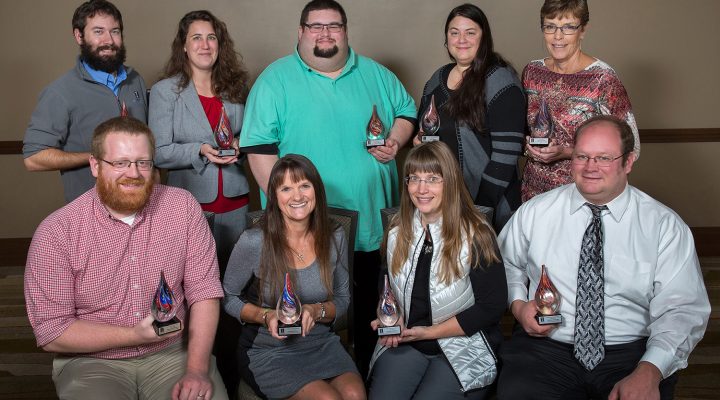 The Interdisciplinary State Team Excellence Award is awarded for excellence in collaborative work to address a priority issue.

University of Illinois Extension Horticulture Educator from west central Illinois formed a team to address garden biodiversity with a free webinar series called “The Good, the Bad, and the Lovely Plants.” Extension educators taught Illinois gardeners about garden biodiversity using four separate modules. Two modules addressed invasive qualities of common landscape plants (species of concern), and how to control them. The other modules covered plants to use instead of invasive ones, including native alternatives and the benefits of native plants to pollinators.

Due to this program, participants have started making positive changes that will not only benefit their personal properties but will also enhance the environment of future generations for years to come.

The webinar series is now available on YouTube at go.illinois.edu/4seasonswebinar.