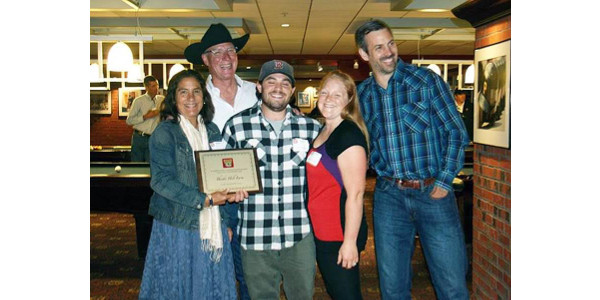 “At Horizon, we’re grateful for the opportunity to work with nearly 700 dedicated and passionate farmer partners across the country,” said Tyler Holm, General Manager of Horizon. “We’re humbled by their diligence and hard work, and appreciate that they do so with an eye toward long-term sustainability. We are pleased to honor the Molitors with this year’s HOPE Award for their commitment to organic advocacy and to recognize the Putnams with our annual National Quality Award for producing the highest-quality organic milk across our milk supply.” 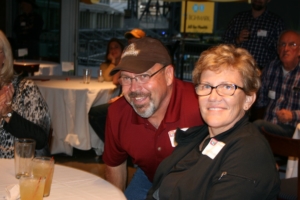 Joe and Tom Molitor grew up on the farm that they operate today. The farm has been in the Molitor family since 1928, with Joe and Tom taking over operations in 1981. Over the next 20 years, the Molitor brothers grazed their animals and used holistic animal care. When organic farming started to become popular in the Midwest, the brothers decided to fully transition to organic, and in 2005, began shipping milk to Horizon. Today, the Molitor farm has 300 milking cows on 1,100 acres.

Joe and Tom divide farm responsibilities, with Joe handling the herd and farm records and Tom overseeing the organic plan and soil health. Joe has eight children ranging in age from 14 to 32 years old. Tom and his wife, Mary, have four children ranging in age from 15 to 21 years old. Though some of the older children have moved away from the farm, Joe’s daughter, Hannah, continues to work on the farm as a herdswoman. Joe is mentoring her in the Dairy Grazing Apprenticeship program of Minnesota.

For more than a decade the Molitors have also helped several local farms get started in organic farming, offering advice on the process and selling organic heifers. Additionally, they regularly host school tours, giving children an opportunity to experience and learn about organic farming. The Molitors also participate in FFA and 4H judging on their farm and sponsor a local softball team. 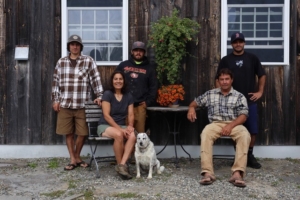 John and Janine Putnam of North Pomfret, VT have been farming since 1986, and their farm has been certified organic since 1995. John was raised in Vermont and Janine has lived there since college. While the Putnams moved to Boston for a few years, they were eventually drawn back to farm life in Vermont where they bought a house with farmland. “We had farmland so we felt we should use it,” John says. After experimenting with beef cows for a few years, the Putnams turned to organic dairy farming in 1995. They now have 20 milking Jersey cows on their farm.

The Putnams have four children, Lindsey, 30, Andrew, 29, Ian, 27, and Caleb, 22. At some point, all of the Putnam children worked on the farm.  Today, Ian remains actively involved in the farm as a full-time milker. “This National Quality Award is really thanks to Ian,” Janine boasts of her son.

Ian attributes his high-quality milk to paying attention to detail and doing everything with a purpose. “When you are small, everything has to be perfect,” Ian says. “Sometimes, it’s late and you just want to go to bed but you have to go out to the barn.”

In addition to paying close attention to detail, the Putnams move their fences frequently to avoid walking the cows through mud. The cows get time outdoors daily and as much pasture time as Vermont’s climate allows. “Happy cows have better quality,” Janine explains. “Sometimes it is just the common sense things.”

Beyond Ian, the Putnams look to extended family for support on the farm. “One thing that is important in maintaining high-quality production is that we all have a sense of ownership on our farm,” Ian says. “It’s not just like going to a job.”

When it comes to the local community, the Putnams open their farm to local school groups. Earlier this year, the Putnams hosted tours on Earth Day, teaching children about the benefits of organic farming and sustainability.

The Putnams also have advice for farmers who are interested in making the switch to organic. “I tell them that if you are just doing it for financial reasons, don’t do it,” John says. “The desire to be organic has to be in you already.”

Reuben and Catherine Yoder of Yoder Family Farm in Dundee, OH and Joe and Kathleen Hescock of Elysian Fields in Shoreham, VT were also invited to attend Farm Aid to receive HOPE Award honorable mentions for their commitment to the organic industry.

Reuben Yoder and his wife Catherine farm 30 dairy cows in Dundee, OH. Reuben purchased the farm in 1992 and farmed with organic principals for 10 years prior to obtaining organic certification. “I was organic without the reward,” Reuben laughs.

The Yoders host monthly pasture walks, bringing both conventional and organic producers to the farm. The walks always engender a lot of questions about organic farming, which the Yoders are happy to answer. The Yoders are also frequently asked to hold events on the farm, including Field Days in 2013 and 2014. These events consist of demonstrations, presentations, discussions and educational sessions, helping to build morale and enthusiasm for farming in the local community.

The Yoders have seven children, including five who still live on the farm. The kids are very involved and have demonstrated an interest in taking over the operation in the future.

In the winters of 2016 and 2017, Reuben, Catherine and their three youngest children traveled to Bolivia to establish a church and start a school. Catherine and Reuben returned to Bolivia this past September to open the school. While in Bolivia, the oldest four Yoder children stepped in to run the farm. “We are blessed to have a family that is willing to pitch in and keep things rolling,” Reuben says.

Reuben finds many benefits in organic farming. “I farm organic for the same reason consumers buy organic,” Ruben says. “They don’t buy it because of what it is, but because of what it isn’t. It was very important for me to farm without toxic chemicals. Sure, organic farming means you need more help to farm, but it also made me a better record keeper. I know exactly what is coming off my fields and what I am producing. Also, just like the consumer, I like the transparency of organic.”

The Hescock family has been shipping to Horizon Organic since 1999 when the dairy transitioned to organic farming. The Hescocks milk approximately 300 cows on their farm in Shoreham, VT.

Joe and Kathleen have two children, Harmony and Tirzah. Harmony and her husband, Ben, live out west with their three daughters. Tirzah is the herdswoman on the Hescock farm and plans to take the farm over sometime in the future.

The Hescock family does a lot to support those interested in organic farming and field a great deal of questions from farmers interested in making the transition to organic, those who are already organic, and those who simply want to learn more about organic farming. In addition, they have hosted a handful of farmers for on-the-job training, with many using their knowledge and experience to start their own farms.

The Hescocks are very active in their community. Kathleen is on the board of trustees at the local library, while Joe was on the city planning commission for several years and serves as a 4H leader. Tirzah volunteers at the local library and her church. She loves to bake for charity events, including big-ticket items, such as a cake for 50 and more than 30 strawberry rhubarb pies.

Joe has been passionate about for organic for much of his life, beginning in junior high when he first started learning about organic and became excited about soil health, learning about soil, including making his own compost and growing organic vegetables. Joe believes soil is the building block of organic and the most important asset on a farm to make a farmer productive. “We work hard to have healthy soil to support our pastures that support our animals which, in turn, supports our family,” Kathleen says. “Organic just makes a lot of sense. Why would you want to use unnatural input on your farm when there is another way?”

Horizon believes the choice for a healthy family and a healthy planet should be an easy one. Horizon offers a delicious variety of certified organic dairy products to satisfy a broad range of consumer needs, and offers pantry staples such as Mac & Cheese. Horizon’s commitment to a healthier planet includes supporting clean, renewable energy for the production of its products with renewable energy certificates (RECs). Horizon works with more than 600 active and transitioning family farmers across the U.S. Founded in 1991, Horizon was a pioneer in the organic industry, the first company to supply organic milk nationally, and remains committed to providing great-tasting dairy products that make it easy for moms to provide nutritious options for their kids. For more information about Horizon’s organic dairy products, visit www.horizon.com.

Farm Aid’s mission is to build a vibrant, family farm-centered system of agriculture in America. Farm Aid artists and board members Willie Nelson, Neil Young, John Mellencamp and Dave Matthews host an annual concert to raise funds to support Farm Aid’s work with family farmers and to inspire people to choose family farm food. Since 1985, Farm Aid, with the support of the artists who contribute their performances each year, has raised more than $50 million to support programs that help farmers thrive, expand the reach of the Good Food Movement, take action to change the dominant system of industrial agriculture and promote food from family farms.