Home / Florida / Hope for the wild hog problem in Florida
A new user experience is coming! We'll be asking you to login to your Morning Ag Clips account March 1st to access these new features.
We can't wait to share them with you! Read more here. 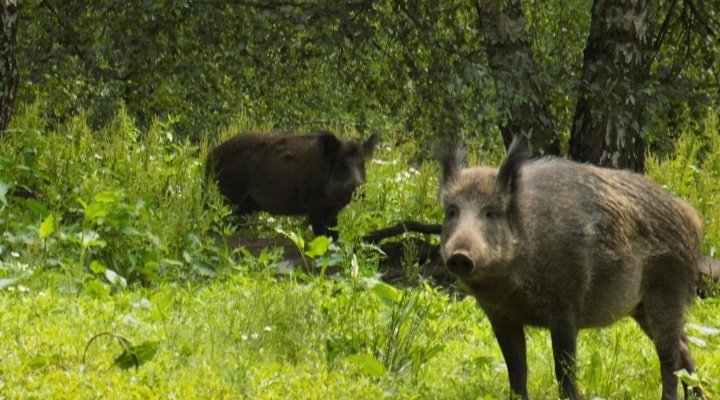 Wild hogs, feral swine, European boar – these are all names for the invasive pigs that live throughout Florida. A handful were originally brought to Florida by Hernando de Soto, the Spanish conquistador, in the 1500’s, but today their numbers have grown to over 1 million and they are found in every county in Florida. (photo by Michael Eickelmann, creative commons/flickr.com)

GAINESVILLE, Fla. — Wild hogs, feral swine, European boar – these are all names for the invasive pigs that live throughout Florida. A handful were originally brought to Florida by Hernando de Soto, the Spanish conquistador, in the 1500’s, but today their numbers have grown to over 1 million and they are found in every county in Florida.

Southern culture is tightly tied to hogs.  In Florida, they are the second most popular game animal (second only to white-tailed deer), and wild boar is featured in restaurants and home cooking. Many Florida schools boast wild hogs as their mascot. Yet as their populations have grown exponentially in recent years, they have become highly destructive to property and are a risk to human health.

Much of the damage occurs from “rooting” when hogs use their tough snout to turn over soil, sod and even irrigation equipment looking for food. Wild pigs cost peanut farmers 100’s of millions of dollars, according to a study published by Clemson University in 2017, and 10’s of millions of dollars of cattle pasture have been destroyed in Florida, according to a University of Florida study.

Hogs also carry pathogens that can make people and animals sick. As many as 40% of wild pigs carry Brucella suis, the bacteria that causes brucellosis in people. In Florida, brucellosis is the most commonly acquired human infection from wildlife and according to the Mayo Clinic, it can be deadly if left untreated. Pseudorabies virus is another common pathogen in hogs in Florida and is deadly to dogs and cats, but not people. Hunting dogs die every year when they are exposed to the virus while biting hogs or from being fed uncooked hog meat. To ensure safety, all hunters who dress hogs should wear gloves and clean any surface that is in contact with the raw meat or offal. All meat should be cooked to an internal temperature of 165° F, and raw hog meat should never be fed to pets.

As people become fed up with wild pigs, more action to control their population numbers is being taken. The 2018 Farm Bill allocated $75 million for wild pig control efforts, which provides farmers with technology and infrastructure to control animals on their property while providing money for compensating farmers for losses incurred by wild pigs.

In Florida, this money has been invested into a cooperative trapping program jointly operated by USDA’s National Resource Conservation Service (NRCS) and Animal and Plant Health Inspection Service (APHIS).  This pilot program is being tested in the Red Hills of Leon, Jefferson and Madison Counties, where the federal agencies provide training and traps to groups of adjacent landowners who wish to control animals. To date, over 1300 hogs have been removed from 138,000 acres and property damage has noticeably declined. If success continues, this type of cooperative effort between groups of landowners and state or federal agencies may become a model for controlling this destructive pest in the Panhandle and beyond. The current Farm Bill expires in 2023 and along with that, the Pilot Program.  Hopefully, success in protecting agriculture, property, and natural resources will spur lawmakers to continue the program with expansion into other parts of the state.