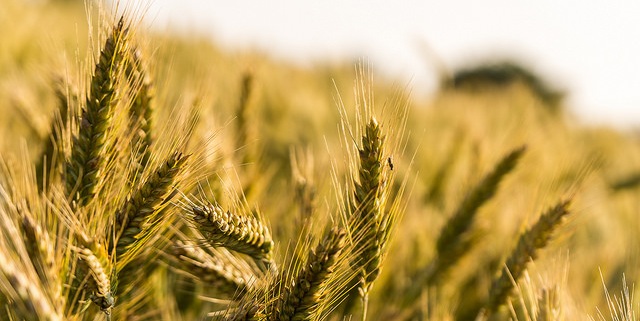 When a leaf returns to full sunlight after a period in the shade, it takes some time for photosynthesis to regain peak efficiency, meaning valuable energy from the sun is wasted. (Eleleleven, Flickr/Creative Commons)

LANCASTER, U.K. — Crops such as wheat could be up to 21% more efficient at turning the sun’s energy into food, according to new research by Lancaster University.

The food chain relies on plants using sunlight to turn carbon dioxide from the air into food. This process, known as photosynthesis, is essential for plants to grow, including crops like wheat.

However, when a leaf returns to full sunlight after a period in the shade, it takes some time for photosynthesis to regain peak efficiency, meaning valuable energy from the sun is wasted.

This clearly reduces crop productivity, but until now, the scale of the issue had not been experimentally quantified.

Using infra-red gas analysers connected to a miniature controlled environment chamber, Dr Samuel Taylor and Professor Steve Long, at the Lancaster Environment Centre (LEC) simulated a sudden increase in sunlight following shade, and measured the time it took for the plant to regain its maximum photosynthesis efficiency and take full advantage of the extra energy from light.

They found it took about 15 minutes for photosynthesis to reach maximum efficiency. Based on the light fluctuations that would occur in a wheat crop, they then calculated how much less carbon dioxide the crop was absorbing over the course of a day because of this slow adjustment. The surprising result was 21%.

Plant scientist Professor Long of Lancaster University and the University of Illinois said: “This is a very significant loss. The next step is to seek out varieties of wheat which respond quickly to this increase in sunlight availability. We could potentially harness this trait and breed it into our modern wheat varieties to increase our harvests.”

“Although wheat yields in the UK and World increased dramatically in the latter half of the twentieth century, increases this century have proved elusive. This work may open one way to move yield improvement forward again. The research also suggests that yield increase by speeding adjustment to such natural light fluctuations would not require more water or more nutrients, increasing sustainability.”

Dr Taylor and Professor Long went on to analyse the mechanisms responsible for the delayed photosynthesis response. They found the most important factor was the speed at which activation of Rubisco (the enzyme used by all plants to catalyse carbon dioxide uptake) recovered in full sunlight. Rubisco is the most abundant protein in the world present in all plant leaves and in all algae.

Dr Elizabete Carmo-Silva at Lancaster University is a world expert on activation of Rubisco, a complex process which could hold the key to more efficient photosynthesis in all crops, not just wheat.

She said: “Until now, we knew that Rubisco activation in response to fluctuating light was limiting wheat photosynthetic potential but had little idea it could be quite this important to crop productivity.”

“Continuing research at LEC is investigating natural variability in the efficiency of Rubisco in different types of wheat and wild wheat relatives. This variation is likely to be exploitable to develop new varieties of wheat that will help address the need to increase yield and sustainability on the land we are already using.”