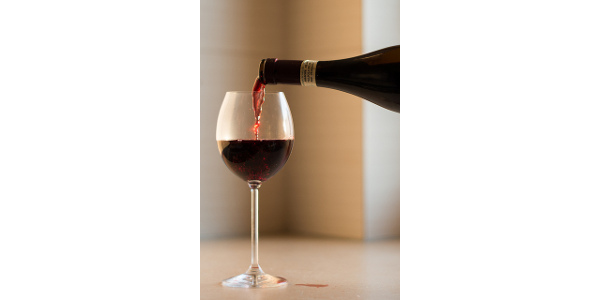 Indiana's wine and grape industry, much like the product it produces, has been aging well, packing an estimated $604 million in total economic impact in 2016. (Wojtek Szkutnik via Flickr)

WEST LAFAYETTE, Ind. — Indiana’s wine and grape industry, much like the product it produces, has been aging well, packing an estimated $604 million in total economic impact in 2016.

That was just one of the many findings of a report commissioned by the Indiana Wine Grape Council, Purdue University Wine Grape Team and the Indiana Winery and Vineyard Association to assess Indiana’s place nationally in the wine grape industry.

“What this study helped determine, and further confirm, is that the state is continuing to move forward in all aspects of the industry – from grape growing, to winemaking styles and techniques, to getting the word out about Indiana wines,” said Katie Barnett, Purdue wine grape marketing Extension specialist.

“That growth has had an impact that extends outside the industry and into communities throughout the state,” Barnett said. “For example, the study estimates that in 2016 Indiana had more than 630,000 wine-related tourists, and tourism expenditures related to wine were $94 million.”

The report’s authors stated that “tourism growth has a high correlation to the increase in the number of Indiana wineries and continued improvement in wine quality, providing more destinations and opportunities for visitors to experience Indiana wine country.”

Barnett said that one factor in promoting and growing the wine grape industry has been the Indy International Wine Competition, which is hosted by the Purdue Wine Grape Team, in collaboration with the Indiana Wine Grape Council and the Purdue departments of food science and horticulture and landscape architecture. The largest scientifically organized and independent wine competition in the country, this year’s competition in June marked the 27th year for the event and featured nearly 2,000 entries from around the world.

One of those competitors was Alan Lockhart, owner of Hartland Winery in Ashley. Hartland Winery was awarded the Governor’s Cup for best Indiana winery, no small accomplishment for a winery that just completed its second year in business.

“It’s a validation of winemaking skills for me that I’ve been honing for a number of years,” Lockhart said of the award. “Among the seasoned winemakers in our area, I’m happy to be in their company. The response we’re getting from other winemakers – and I call it friendly competition – has been humbling. We are supportive of each other and the industry.”

Eric Harris, owner of Two-EE’s Winery in Roanoke, Indiana, said headway is being made, in part through the Indy International Wine Competition, in cementing the perception of Indiana as a “wine state.”

“Indiana has a rich history of wine production and grape growing,” he said. “While it is sometimes a challenge to break the barrier of expectations for our customers regarding our industry, it is encouragingly optimistic year after year to see Indiana producers recognized on a national scale. Last year we were recognized for having the best tasting room in the nation by USA Today 10 best. This year we received three trophies at the Indy International for Indiana Wine of the Year with our Valvin Muscat, Traminette of the Year and Dessert Wine of the Year. I see this as a testament to the potential for Indiana’s wine industry to be a national competitor for quality and uniqueness.”

Other report highlights on the industry’s 2016 economic impact include:

* The wine industry paid $37 million in state and local taxes and $38 million in federal taxes.

* In support of the wine industry’s tourism impact was a labor force of 1,649 employees with total wages of $35 million.

* In addition to the state’s 116 wineries and tasting rooms were 600 acres dedicated to grape production.

* Indiana was the nation’s 11th largest producer of bottled wine by gallon, according to data from the Alcohol Tax and Trade Bureau.