Home / Indiana / Hoosier Beef Congress a huge success
A new user experience is coming! We'll be asking you to login to your Morning Ag Clips account March 1st to access these new features.
We can't wait to share them with you! Read more here. 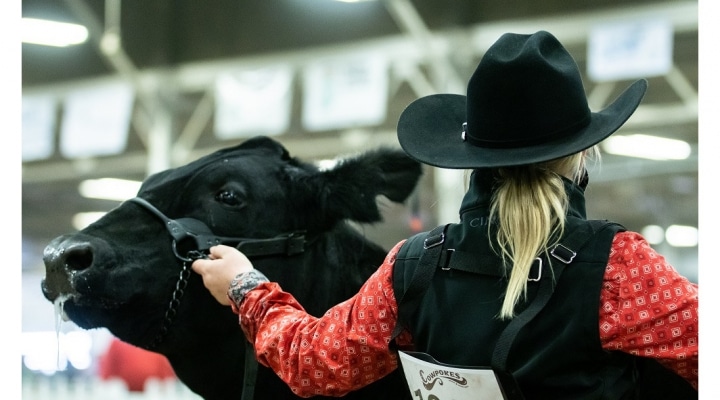 INDIANAPOLIS — Despite the worst weather of the winter, the Hoosier Beef Congress (HBC), the largest single state prospect cattle show held in the United States took place at the Indiana State Fairgrounds on February 19-21. This year’s event was delayed from the normal weekend in December due to event restrictions brought on by the COVID 19 pandemic.

The live streaming of the HBC continues to grow in popularity for those who cannot be there in person. The videos of the 2020 HBC Showmanship and Junior Shows have been archived and are available for viewing at www.waltonwebcasting.com.

“To be able to put on the show this year is very gratifying. It was the work of the IBCA Board of Directors, the HBC committee, the many volunteers, the IBCA staff and the Indiana State Fair and Event Center who have made this event so special, for so many people, for so many years.” said Joe Moore, Executive Vice President of IBCA. For complete show results, go to www.hoosierbeefcongress.com