Home / Washington / Honoring 125 years of weather data collection
A new user experience is coming! We'll be asking you to login to your Morning Ag Clips account March 1st to access these new features.
We can't wait to share them with you! Read more here. 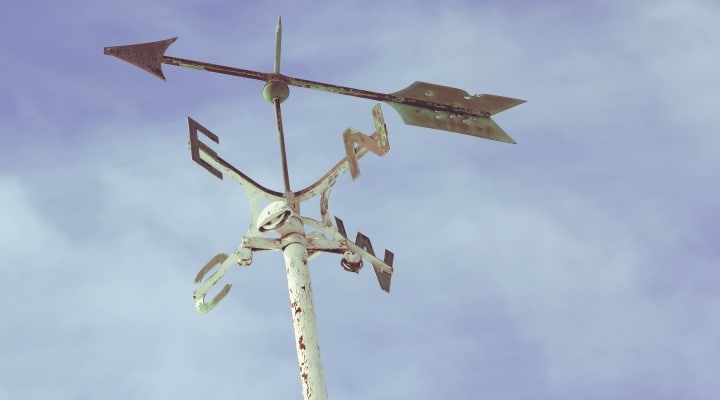 “It’s fun to look at weather records and see patterns,” Clark County Extension fiscal specialist Annette Vary-Getty said. “And this data helps with farming records so farmers and researchers can see the trends over years. I enjoy being part of the process to help them out.” (Jordan Ladikos/Unsplash)

VANCOUVER, Wash. – Every Friday at 9 a.m., Annette Vary-Getty walks out to a small group of steel objects in the middle of a field to continue work dating back more than 125 years.

The objects are a weather monitoring station, and Vary-Getty, a fiscal specialist for WSU’s Clark County Extension, goes out to manually download data that records the temperature at observation, plus the highs and lows of each day from the previous week in the field at Clark County’s 78th Street Heritage Farm.

At the end of each month, she uploads that data, plus water measurements that are automatically collected, to the National Oceanic Atmospheric Administration’s National Weather Service.

“It’s fun to look at weather records and see patterns,” Vary-Getty said. “And this data helps with farming records so farmers and researchers can see the trends over years. I enjoy being part of the process to help them out.”

Temperature and precipitation observations have been taken at the farm’s weather station since 1896, with WSU collecting the data since 1966. Vary-Getty has been collecting weekly data for over four years now.

Last month, the National Weather Service, on the behalf of the World Meteorological Organization, presented the farm with a National Centennial Weather Station Award for the long contribution to record collecting. There are only 291 of these stations in the world, 11 in the United States.

“I think we take it for granted sometimes,” said Kristine Perry, interim county director for WSU Clark County Extension. “It’s so important to have this continuous stream of information. As our climate changes, there’s a place where we can get solid weather information that hasn’t been disturbed for over 125 years.”

“The centennial award was created due to the importance of long-term meteorological observations as part of the cultural and scientific heritage of humanity. These measurements serve the needs of current and future generations for long-term high quality climate records and provide unique information about climate variability.

“Long term measurements of the weather provide the backbone for weather forecasting and climate science. Ensuring their long-term sustainability is important for understanding how these might change in the future,” wrote Thomas Cuff, director, Office of Observations, NOAA National Weather Service in announcing the award.

The Heritage Farm has a deep history in Clark County, sitting just outside Vancouver city limits.

It started as a poor farm, where people lived and worked on the farm for sustenance, Perry said. In the 1940s, WSU took over the farm after it fell into disrepair. It was a research station for the university until 2008, when it was turned over to the county.

WSU Clark County Extension’s offices have been on the farm since 2011, providing agricultural education, research, and technical assistance to the community. In addition, Extension has a 4-H Restorative Justice Garden, Master Gardener demonstration and educational sites, and a Master Gardener Foundation organic gardening site.

The county’s parks department oversees the farm, but multiple partners use the land for education and research. The Clark County Food Bank farms 10 acres, using the bounty grown and harvested by volunteers to provide fresh produce for the food bank, Perry said.

“Over 500,000 pounds of food have been grown and distributed on the farm to more than 60 local food pantries in the last six years,” Perry said.

The farm also includes a Roots to Roads veterans program, community garden plots where locals can rent a small plot to raise their food, a Master Composter demonstration site, and a queen bee rearing program.

“To have 80 acres of land in an urban setting is very unusual,” Perry said. “In a county with over half a million residents, having this gem of land preserved is so valuable.”

More than a century of weather data benefiting the region is just one additional way this land continues to support the county.