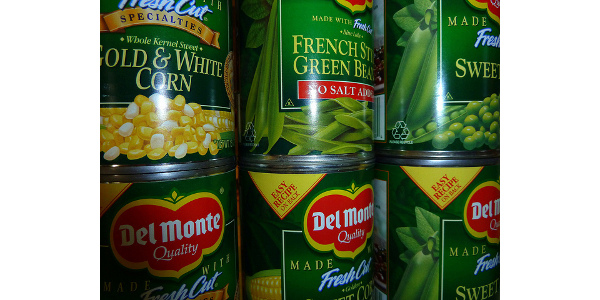 The statewide food drive wrapped up at the end of April with a total of 19,627.6 pounds or 9.8 tons of non-perishables and $3,613 in donations. (F Delventhal via Flickr)

JEFFERSON CITY — With nearly one in five Missourians receiving emergency food assistance each year, Missouri Farm Bureau Insurance recognizes the need to obtain and distribute food to hungry Missourians. Farm Bureau Insurance producers across the state collected donations throughout the month of April at their local offices for distribution at Feeding Missouri agencies in their communities. There are more than 1,500 Feeding Missouri locations.

The statewide food drive wrapped up at the end of April with a total of 19,627.6 pounds or 9.8 tons of non-perishables and $3,613 in donations. The finale food drive hosted by the St. Louis Cardinals April 30 just outside Busch Stadium in the Ballpark Village parking lot was a success despite the rain. According to Feeding Missouri, the combined donations are equivalent to 34,052 meals.

In efforts to bring awareness to food insecurities around the state, Missouri Farm Bureau Insurance and Feeding Missouri will continue to work together throughout 2017, including giving a percentage of each ticket sold to the Missouri Farm Bureau Insurance Day at the Ballpark game at Busch Stadium on August 10 to Feeding Missouri. To learn more about food insecurities in Missouri, visit feedingmissouri.org.

Wine grapes you haven't heard of