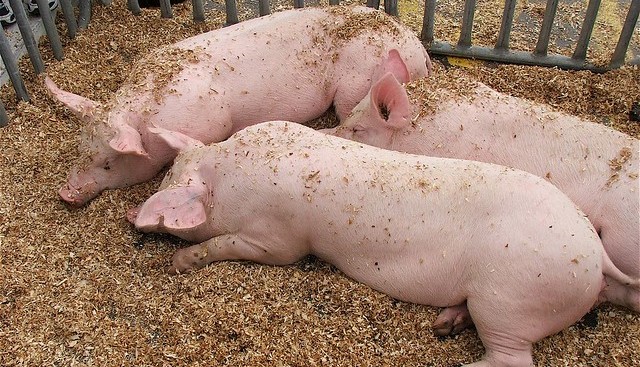 The Nagano government will cull 350 pigs at the agricultural laboratory in Shiojiri. (Stock photo via KNOW MALTA by Peter Grima, Flickr/Creative Commons)

TOKYO — Another hog cholera outbreak has been detected in Japan, with an agriculture research center run by Nagano Prefecture the latest facility to see an animal infected, the local government said Saturday.

A laboratory pig at the facility tested positive for the swine fever virus after it was found vomiting on Thursday, and eight other pigs were also likely infected, the Nagano prefectural government said.

Nagano, in central Japan, joins four other prefectures in the same region to have detected domesticated pigs infected with the virus and follows the first case in the Kanto region of eastern Japan reported by Saitama Prefecture Friday.

The central government has been struggling to contain the epidemic of the highly contagious disease since the first case recorded in the central prefecture of Gifu in September last year.

The Nagano government will cull 350 pigs at the agricultural laboratory in Shiojiri.

The disease has a high fatality rate for infected pigs and wild boars but is not harmful to humans even if meat from an infected animal is consumed.

In Nagano, a wild boar tested positive to an infection with the virus in July.

Japan experienced its first outbreak in 1992 and declared the virus eradicated in 2007, before the discovery in Gifu last year.

U.S. corn, soybean production down from 2018