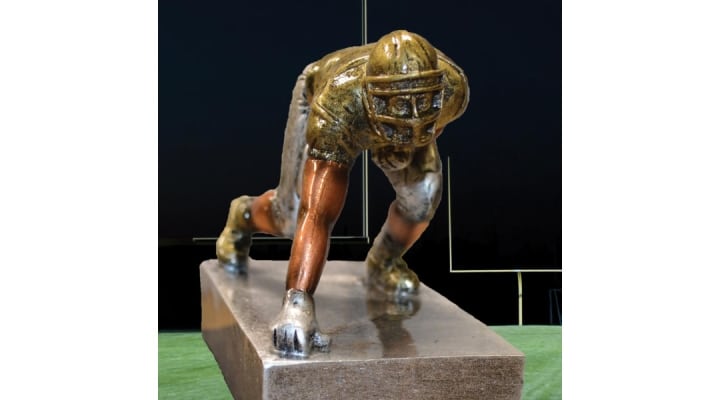 Hog of the Game (HOG) awards went to the outstanding offensive lineman in each of the championship games.

Hog of the Game (HOG) awards went to the outstanding offensive lineman in each of the championship games. The HOG awards are sponsored by the Iowa Pork Producers Association (IPPA) and awarded by the Iowa High School Sports Network (IHSSN).

HOG award winners were recognized for their strength and speed in creating opportunities for their teams to be successful. This is the fourth year for the award.

“This award spotlights the often unsung linemen who are out front and helping their team be effective,” said IPPA President Kevin Rasmussen of Goldfield. “We want to support these hardworking youth who have the same goals as Iowa’s pig farmers: work together, get better every day, and be an important part of their communities.”

“The IPPA’s annual Hog of the Game award sponsorship continues to grow each year,” said Ric Silvestrini, IHSSN’s vice president of sales and marketing. “It’s always exciting to recognize those athletes who battle in the trenches. We appreciate the IPPA’s longtime partnership with IHSSN and congratulate the seven winners for taking home the HOG in 2022!”

Iowa high school players who received the 2022 HOG awards are: 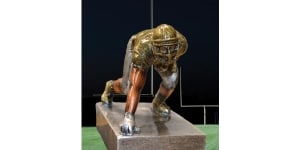 HOG Awards made at the Iowa football state championships

CLIVE, Iowa — Seven Iowa high school football players took home awards recognizing their play during the final games at the 2021 Iowa high school state football championships Nov. 18-19 at the UNI-Dome in Cedar Falls. Hog of the Game (HOG) awards went to the outstanding offensive lineman in each of the championship games. The HOG […]