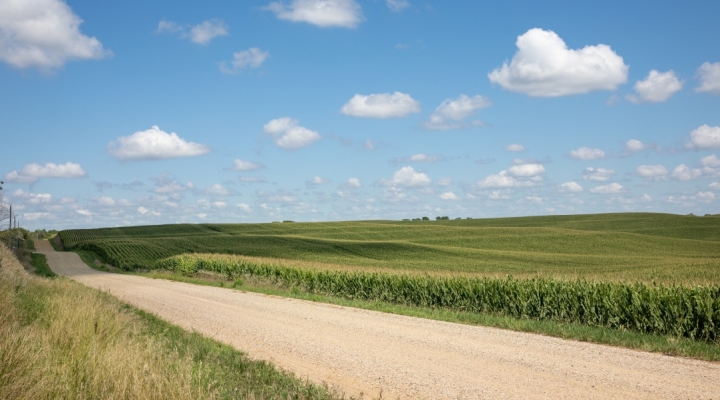 According to an article in the September edition of the Ag Decision Maker newsletter, a publication of Iowa State University Extension and Outreach, Iowa cropland values rose 19.7% on average over the past year, from $7,810 per acre to $9,350 per acre. Pastureland is up 9.3%, now averaging $3,300 per acre.

The article is authored by Lee Schulz, associate professor in economics and livestock economist at Iowa State University. He said it’s important to keep in mind these numbers are statewide averages from USDA, and that county and individual parcel results could be higher or lower, depending on many factors.

Schulz said he would not be surprised to see further increases to pastureland, because historically, pasture values tend to follow cattle and corn prices.

As a state average, cropland values are the highest ever, and cash rents are second only to 2014, when they reached $260 per acre.

The current increases come at a very different time in the economy, however.

“The 2022 general economy is more anemic,” according to Schulz. “Inflation is around 8.5%, which could buoy land values. Potential for a steeper economic slowdown could dampen interest in buying land, and rising interest rates and any slippage in net farm income could erode farmers’ ability to service land debt.”

While the future is difficult to predict, Schulz said if inflation remains high and interest rates continue to climb, the impact will eventually be felt.

“Agriculture does not operate in a vacuum,” he said. “The Federal Reserve is actively raising interest rates and eventually that has a negative correlation with land values and farmers’ ability to borrow.”

“The USDA survey findings help provide one data point for conversations, but the agricultural community should continue to weigh other sources of information and factors when making decisions about cash rents and sales,” said Schulz. 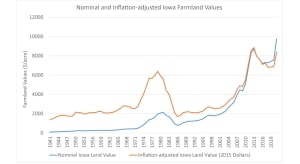 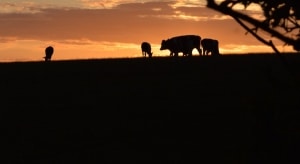 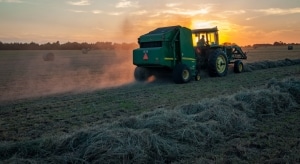 FARGO, N.D. — Despite the recent commodity price rallies and ad hoc government payments to farmers across North Dakota, farmland values and rents have been reluctant to change. Relative to 2020, farmland values across the state are up a modest 1.74% while cropland cash rents are up 0.77%, according to data collected by the North […]