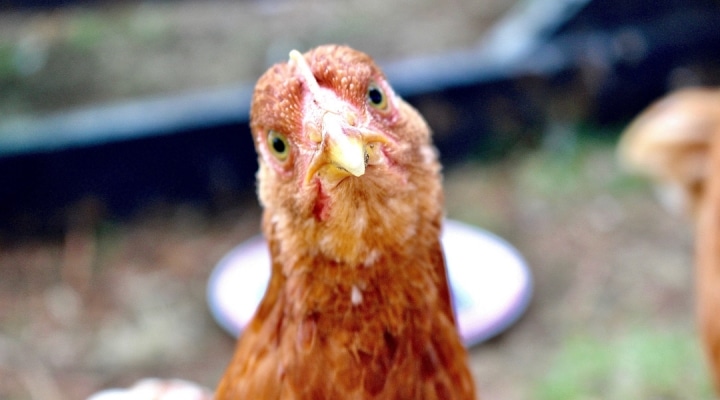 Connecticut ranks first in New England for egg production and has a very diverse poultry industry. (Photo by Hana Oliver on Unsplash)

HARTFORD, Conn. — The Connecticut Department of Agriculture (CT DoAg) announced today that it is working closely with the U.S. Department of Agriculture’s (USDA) Animal and Plant Health Inspection Service (APHIS) on a joint incident response after confirmation of highly pathogenic avian influenza in a non-commercial backyard flock (non-poultry) in New London County.

Avian influenza does not present an immediate public health concern. No human cases of this particular strain of avian influenza virus have been detected in the United States. As a reminder, the proper handling and cooking of poultry and eggs to an internal temperature of 165˚F kills bacteria and viruses. According to the U.S. Centers for Disease Control and Prevention, recent detections of this strain of influenza in birds in Connecticut and several other states present a low risk to the public.

Connecticut State Veterinarian Dr. Jane Lewis said that samples were sent to the Connecticut Veterinary Medical Diagnostic Lab (CVMDL) for testing. The results from CVMDL were then confirmed by the USDA National Veterinary Services Laboratories in Ames, Iowa.

CT DoAg animal health officials have quarantined the affected premises, and birds on the property have been depopulated to prevent further disease spread. Birds from the flock will not enter the food system. Per USDA guidance, CT DoAg has established a 10-kilometer surveillance zone around the detected property to monitor area flocks.

This announcement is a reminder for those involved in poultry production to increase biosecurity measures to prevent their flocks from becoming infected. All poultry producers, from small backyard to large commercial operations, should review their biosecurity plans and take precautions to protect their birds. Poultry biosecurity materials and checklists can be found on the USDA’s “Defend the Flock” website. Best practices include:

In addition to practicing good biosecurity, poultry owners should keep their birds away from wild ducks and geese and their droppings. Outdoor access for poultry should be limited at this time.

To report sick birds, unexplained high number of deaths, or sudden drop in egg production, please contact Connecticut State Veterinarian at 860-713-2505 or ctstate.vet@ct.gov, or the USDA at 866-536-7593.

Connecticut ranks first in New England for egg production and has a very diverse poultry industry.

The Connecticut Department of Agriculture mission is to foster a healthy economic, environmental, and social climate for agriculture by developing, promoting, and regulating agricultural businesses; protecting agricultural and aquacultural resources; enforcing laws pertaining to domestic animals; and promoting an understanding among the state’s citizens of the diversity of Connecticut agriculture, its cultural heritage, and its contribution to the state’s economy. For more information, visit www.CTGrown.gov.

How the new UNH Lab will help NH growers