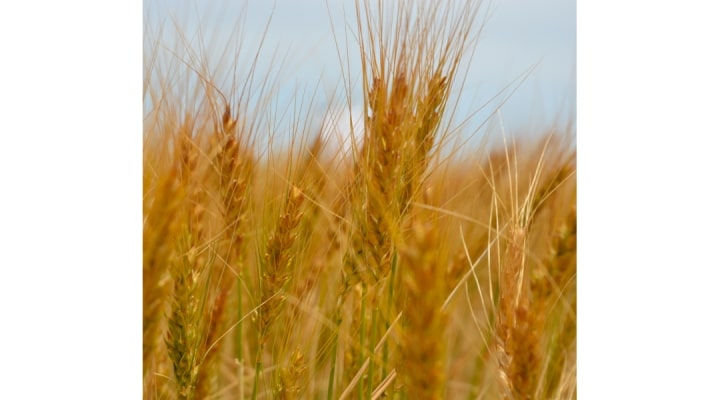 COLLEGE STATION, Texas — Wheat acres are expected to increase in Texas, but dry, warm conditions are delaying many plantings for now, according to a Texas A&M AgriLife Extension Service expert.

Decent prices for wheat are driving the expectation of more planted acres, he said. Guillen reported prices reached $6.76 per bushel in mid-September.

Planning for success with wheat

Soil analyses are recommended for fields with suspect nutrient availability, especially nitrogen and phosphorous. Phosphorous can be especially important for producers hoping to get quick plant establishment and maximum output for fall grazing, Guillen said.

“Prices bring an incentive to expand wheat acreage, but there are a number of considerations that will be critical to producers’ success this season,” he said. “We want producers to maximize their profit potential and reduce risks, and there are several ways they can be planning now that could pay dividends later.”

Guillen said choosing the correct wheat variety for localized conditions and producer goals is the most important first step for maximizing production potential. There is no single recommendation that fits every farm, but AgriLife Extension and Texas A&M AgriLife Research experts across the state provide the wheat “Picks” list each year to steer producers toward the most appropriate varieties for specific wheat-growing regions.

A wheat variety’s water requirements, grain yield potential, disease and pest resistance, milling and baking attributes are all notable qualities to look at when choosing a variety, Guillen said. He added that another important criteria to be considered is how consistent a wheat variety’s performance is over multiple years.

Guillen said AgriLife Research and AgriLife Extension uniform variety trials in various regions of the state provide a wealth of multiple-season data that helps guide the agency’s recommendations for each region.

“Growing conditions in Texas are highly variable with climactic fluctuations that make predicting production conditions and outcomes difficult,” he said. “So placing an emphasis on plant performance over years can give you a better idea how they might perform this season.”

Drier, hotter weather has been the norm in many wheat-producing parts of the state after good spring and early summer rains, so Guillen said there has been very little wheat planting activity so far, at least in dryland fields.

And these conditions could continue because there is a high likelihood Texas will experience an El Niño weather pattern, Guillen said. El Niño systems historically deliver warmer, drier conditions through the winter for most of the state.

These weather expectations could discourage or delay wheat plantings. Some producers may plant wheat in dry soil if forecasts call for decent chances of rainfall, while others may wait for rainfall to plant.

“It’s hard to predict how farmers will react to conditions,” he said. “So, we are trying to inform farmers on how to make wise and timely decisions for their operations. The price is attractive, but farmers need to plan according to their situation and location.”

How the producer plans to utilize wheat will play into what variety they choose and when they plant, Guillen said. A number of management practices differ if farmers plant for grain production compared to planting dual-purpose crops for grazing and grain or grazing alone.

Producers looking for grazing going into winter typically begin planting as early as possible. But the lack of rainfall could delay those plans, he said.

Guillen said producers hoping for grazing should look for varieties with increased early vigor and tillering ability so that good stands are established. They should also look to get the most out of their fertilizer regimen. Overall soil condition, base fertilizer applications and factors like soil moisture and rainfall should loom large for each producer’s decision.

Some recommendations call to apply 100% top dressing twice – about one-third of the nitrogen before or at planting followed by two-thirds of the application of nitrogen around the joint stage for the wheat field.

“There are several considerations when it comes to how much and when to apply nitrogen, but being more efficient with our fertilizers can translate into improved yields and lower input costs,” he said. “The wheat market is difficult to predict because global factors can come into play. Careful planning is important to give producers the best chance to take advantage of opportune conditions and prices.”

Wake up with Tanbark Talks at Expo