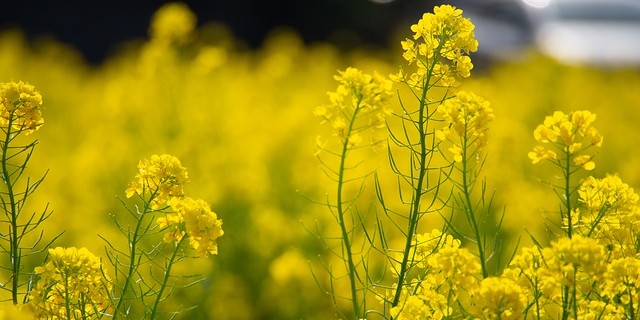 A recent University of Illinois study demonstrates that both high-protein and conventional canola meal can substitute soybean meal up to 100% without detrimental effects in gestating and lactating sow diets. (Courtesy Photo)

URBANA, Ill. — New high-protein canola-meal products are available for inclusion in swine diets, but until now, it wasn’t clear how these products would affect gestating and lactating sows. A recent University of Illinois study demonstrates that both high-protein and conventional canola meal can substitute soybean meal up to 100% without detrimental effects.

“Results of our experiment confirmed that if you provide all the digestible amino acids that are needed, it doesn’t matter where they come from; the pigs don’t care if they come from soybean meal, conventional canola, or high-protein canola meal. We can take all the soybean meal out – we did 50 or 100% replacement of the soybean meal with either source of canola meal – and the sows did exactly the same,” says Hans H. Stein, professor in the Department of Animal Sciencesat U of I, and co-author of the Journal of Animal Science study.

The researchers found no differences in sow body weight between control and experimental diets during gestation, after farrowing, or at weaning. Similarly, the diets did not influence average daily feed intake of sows. Total number of pigs born, number of pigs born alive, litter birth weight, and litter weaning weight were also not different among treatments, but there was a tendency for more pigs being weaned per litter as high-protein canola meal increased in the diets. Pre-weaning mortality of piglets was also reduced as either high-protein or conventional canola meal was included in the diets.

The results run counter to the conventional practice of limiting canola meal to 10 to 15% in sow diets due to anti-nutritive glucosinolates that reduce amino acid digestibility.

“The older recommendations were made at a time when canola contained more glucosinolates. But breeders keep selecting for lower and lower concentrations of glucosinolates in canola. With the newer varieties, which have also been selected for larger seed size, less fiber, and more protein, we can include more of the canola meal in the diets,” Stein explains. “This has never been shown before.”

Stein notes that swine producers in northern U.S. states and in Canada and Europe may be especially interested in the results, given that canola meal is more economically attractive than soybean meal in those areas.

“These diets are not better than soybean meal, but could be useful where economics drives that decision,” Stein says.

PPE shortage for pesticide applicators
May 21, 2020