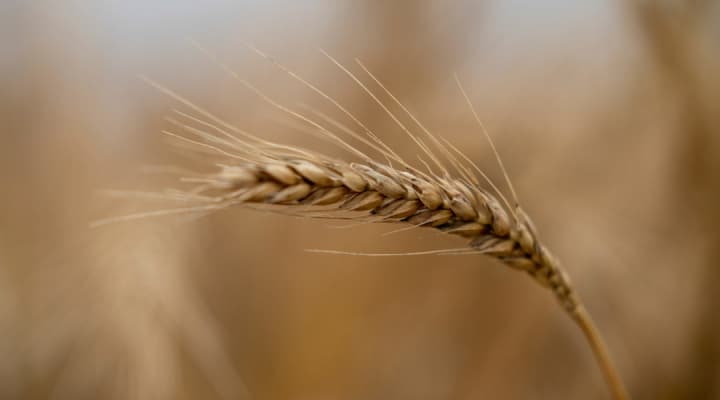 COLLEGE STATION, Texas — High fertilizer prices and dry weather have many Texas wheat farmers facing critical decisions regarding the viability and profitability of their crop, according to a Texas A&M AgriLife Extension Service expert.

Trostle said wheat producers in the Texas High Plains are dealing with extreme to severe drought and face a decision on whether dryland fields are worth saving. Many later-planted fields across the region have not emerged, and dryland field trial wheat plots Trostle planted Nov. 5 have only produced about a 2% stand so far.

Earlier-planted fields around the region have fared better and are at least established, he said, but still need rainfall badly.

“Producers are talking about input prices, especially fertilizer, and the potential for their wheat,” he said. “Wheat may look like it’s not worth saving, but we’ve been surprised in the past. Wheat is tough and can take off, but it will need moisture at some point.”

Trostle said weather patterns will make the decision for most producers, but there are ways to potentially capitalize on past fertilizer applications and optimize future top dressings. Reducing input could be the difference between production budgets ending in the black or the red.

Recent Texas nitrogen fertilizers with no phosphorous or potassium like 32-0-0 urea ammonium nitrate and 46-0-0 urea were $645-$695 per ton and $910-$950 per ton, respectively. Trostle said these prices equated to a $1 to $1.09 per unit price for actual nitrogen, and before now he had never seen above the low-70 cent range.

Trostle said some price forecasts project fertilizer and grain prices may pull back somewhat. But the timing of any dip in fertilizer prices may not be in time for wheat producers in the southern half of Texas to benefit, and future dips in wheat prices would add another element of concern.

“We may see the unit prices go down, but the question will be the crop’s condition and moisture prospects,” he said. “Producers will also have to consider wheat price projections and the yield potential at harvest.”

Trostle said producers with irrigation will have options regarding timing their nitrogen application because they can water it in. But Mother Nature will weigh heavily on many dryland producers’ decision to apply nitrogen fertilizer and how to time it.

“Timing the application with a weather system that is likely to deliver rain or melting snow to incorporate the nitrogen into the soil is critical to minimize losses,” he said. “But it’s also important to make sure there is nitrogen in the soil a week before wheat begins to joint and plants shift their energy from vegetative growth toward reproductive growth.”

Available nitrogen is critical at this stage, Trostle said, because it influences yield outcomes. The period, which lasts around seven days, will determine spikelet numbers on the wheat head and how many seeds per spikelet. These are strong components of yield potential.

Trostle said 24 spikelets per head is good, but that a lack of nitrogen can limit yield potential. Inadequate nitrogen coupled with poor moisture can have a significant impact on grain yields.

Because timing fertilizer applications with moisture is important before joint stage, Trostle said dryland producers should consider applications ahead of any significant forecast for potential moisture. Sticking to a schedule and growth stage could decrease the application’s value to the crop if drier than normal weather conditions hold after a topdressing of nitrogen is applied.

“Putting nitrogen out won’t help until rain or irrigation, so they have to ask themselves, ‘Have I ever gone six weeks without rain in February or early March?’” he said. “If you’re next opportunity might be six weeks out and you miss the opportunity to get fertilizer nitrogen into the root zone, then you’ve missed the opportunity to positively impact yields.”

AgriLife Extension’s typical recommendation includes sampling to a depth of 6 inches at minimum, but Trostle recommends a companion analysis for soil nitrates as much as 24 inches deep.

Trostle said studies have revealed as much as 50-60 pounds of nitrate-nitrogen per acre at those depths, which established wheat stands can access. This residual nitrogen could reduce the amount of fertilizer needed further along in wheat’s long growing season.

“In-season soil sampling is not something we typically talk about, but the wheat season is long, and a companion analysis that looks at subsoil nitrogen could reduce the nitrogen that is really needed for surface application,” he said. “Some farmers find a lot more nitrate residuals than they expected, and that represents savings.”