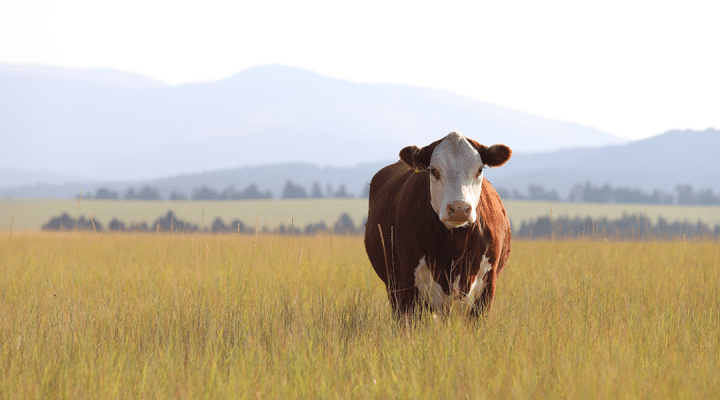 “As the commercial industry has looked to add crossbreeding back into the programs to increase fertility, longevity, disposition — all the things that are known in Hereford cattle — it’s created a great opportunity for us,” says Jack Ward, AHA executive vice president. (Courtesy Photo)

“As the commercial industry has looked to add crossbreeding back into the programs to increase fertility, longevity, disposition — all the things that are known in Hereford cattle — it’s created a great opportunity for us,” says Jack Ward, AHA executive vice president.

Ward reports the Association experienced increases in registrations and memberships this fiscal year, while sale averages climbed. “The real excitement within our breed and within our membership is in its growth,” Ward says.“It’s seen growth because the breeders have been committed to genetic improvement and providing the tools necessary to make the changes to produce the type of product that their customer’s need and then, ultimately, the consumer. It’s all encompassing.”

A drive for genetic improvement includes a focus on the female. The Association incorporated genomic information into its suite of maternal traits, and female genotypes accounted for almost 60% of the 25,000 genotypes submitted to the organization during the fiscal year.“I really think that speaks highly to our breeders’ commitment to really get the most of the females that they’re keeping,” says Shane Bedwell, AHA chief operating officer and director of breed improvement. “You’ll find about a 20% to 25%, up to a 30%, increase in those maternal traits in the last three years.”

The Association also reports tremendous strides in other economically relevant traits, including carcass. “We’ve made incredible improvements in postweaning growth and end product merit,” Bedwell adds. “That’s evident in the amount of cattle that are now grading well in the Hereford breed.”

Benefits in conversion and cost of gain have more producers utilizing the Association’s commercial programs – like Hereford Advantage – to add value to Hereford and Hereford-influenced calves.Meanwhile, Certified Hereford Beef ® celebrated its 25th anniversary and another successful year.

“No matter where you drive in the U.S., you find Hereford cattle. They’re adaptable, they work hard. They’re efficient,” Bedwell notes. “We need efficient cattle in these times and in our production system, and Hereford genetics thrive.” Ward adds, “Producers want it all and, with Herefords, you can ‘Come Home to Hereford,’ use good Hereford genetics and take advantage of those opportunities.”

Learn more about additional AHA opportunities or news from AHA’s 2020 Annual Meeting at Hereford.org. You’ll find a series of highlights, including the presentation of more than $150,000 in scholarships, as well as breed honorees and other Hereford news. Virtual educational sessions covering topics from genomics to marketing are also available.

Proper management to reduce the incidence of grass tetany in your cattle operation
February 24, 2021