Home / Michigan / Herbicide-resistant weeds threaten conservation ag
A new user experience is coming! We'll be asking you to login to your Morning Ag Clips account March 1st to access these new features.
We can't wait to share them with you! Read more here. 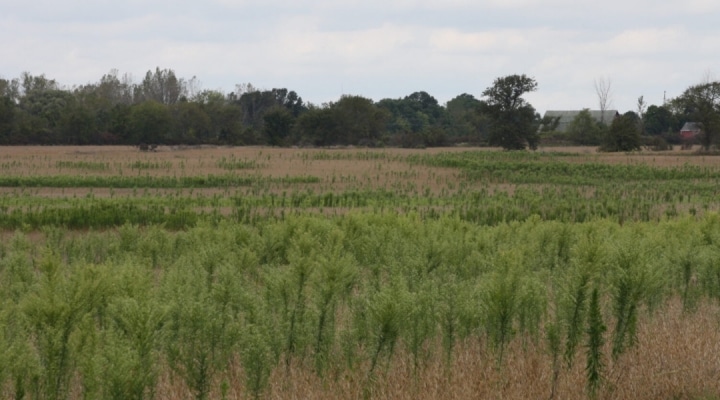 In a new study published in the American Journal of Agricultural Economics, Braeden Van Deynze (now a postdoctoral research associate at the University of Washington), Scott Swinton (MSU), and David Hennessy (MSU), examined the herbicide and tillage records of thousands of soybean farmers across the United States. The researchers found that where herbicide-resistant weeds are more common, farmers are less likely to utilize conservation tillage practices.

Van Deynze says, “Our research shows that the era of single-tool weed control is coming to an end. Farmers are turning back to intensive tillage, and to other herbicides, to keep their fields weed-free.” Van Deynze adds, “While we have known for a long time that weeds are evolving to resist glyphosate herbicide, this research is the first to show how herbicide resistance has affected other practices like tillage.”

A return to more tillage to control weeds has significant implications for the future of conservation agriculture in the United States. No-till practices reduce soil erosion, improve stream water quality, and are cited as a potential way to sequester more carbon in agricultural soils in an effort to offset greenhouse gas emissions.

Van Deynze says, “Glyphosate-based weed control systems have had huge effects both on and off farms, saving farmers time and money while reducing the need for environmentally damaging practices like intensive tillage, which can have major off-farm impacts on water quality and the climate.”

The policy implications of the study’s findings could be substantial. The United States Department of Agriculture (USDA) spends millions of dollars annually to encourage farmers to practice conservation agriculture.  If weed control methods compatible with conservation practices are becoming less and less effective, Van Deynze says, “Programs are likely to need to offer larger subsidies to farmers to protect soil and water than they might have if glyphosate were as effective as it was 15 years ago.”

For individual farmers, Van Deynze says, “While it might be too late for glyphosate, farmers should consider on-farm measures that can delay weeds from adapting to other herbicides, including rotating herbicides or spraying more selectively.”

The research was conducted with support from the National Science Foundation via the Long-term Ecological Research project at the Kellogg Biological Station (KBS-LTER) and by MSU AgBioResearch.