Home / DelMarVa / Hemp growers get a boost with USDA’s final production rule
A new user experience is coming! We'll be asking you to login to your Morning Ag Clips account March 1st to access these new features.
We can't wait to share them with you! Read more here. 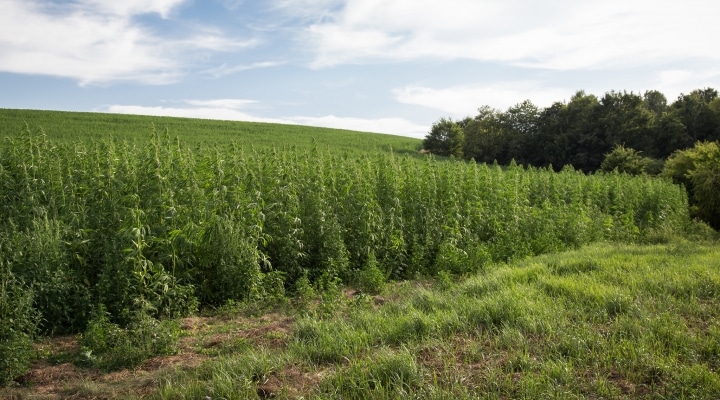 The U.S. Department of Agriculture has issued its final rule on domestic hemp production, introducing several improvements to reduce the regulatory burden on farmers. (photo by Maja Dumat, Creative Commons/flickr.com)

CALLANDS, Va. — The U.S. Department of Agriculture has issued its final rule on domestic hemp production, introducing several improvements to reduce the regulatory burden on farmers.

Under the final rule, farmers now have increased flexibility when sampling their crop for THC levels. Samples may be collected 5 to 8 inches from the crop’s main stem, terminal buds and central colas, which are stems that could develop into a bud.

Under the interim rule, sampling procedures varied among states, but under the final rule they will be uniform across the U.S. The new measurement requirements will allow more plant material to be used during the sampling process, which could help limit crops from exceeding allowable THC limits.

The sampling window also has been extended from 15 to 30 days before harvest, giving farmers and regulators more time to collect accurate samples.

“The hemp industry needs regulation to ensure the products derived from the plants are consistent,” said Mills, who serves on the Virginia Farm Bureau Federation board of directors. “USDA’s ruling brings everything into one spot and brings continuity to different states, which gives the industry a strong foundation to start building now that we have these finalized regulations.”

The negligence threshold also has been increased in the final rule, rising from 0.5% to 1%.

This increase will help farmers avoid violations for crops testing above the allowable THC limit of 0.3%. Farmers who receive more than three violations in a five-year period will be ineligible to participate in the U.S. Domestic Hemp Production Program for five years.

While any crops exceeding 0.3% THC levels still must be destroyed, the final rule allows alternative disposal methods. These include composting or mulching, disking, mowing or chopping down, plowing under and burning and burying the crop at a depth of 12 inches or more.

The added leeway for disposal of crops exceeding the 0.3% THC levels has been welcomed by producers with “a sigh of relief,” said Clif Slade, who grows hemp in Surry County.

“There’s been a lot of angst out there for growers about THC limits,” Slade said. “You don’t want to invest all that money just to send something to the lab and have it fail. We’re glad USDA gave us some slack on the THC limits. That’s going to help us a great deal.”

Hemp regulations in Virginia could see some change following the 2021 Virginia General Assembly, as several pieces of related legislation are currently under consideration by lawmakers.